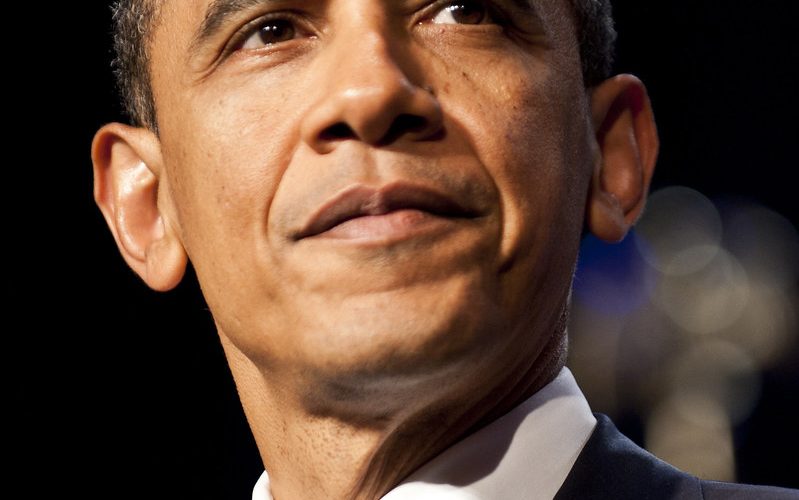 Barack Obama in Outrageous Slur that Poland is ‘Now Essentially…Authoritarian’

Not surprisingly, Polish government leaders this week reacted sharply to self-evidently ill-informed remarks by the former U.S. President, Barack Obama, that Poland has become an authoritarian state. The almost casual way in which such an outrageous falsehood was peddled is however in itself a huge concern, and testament to how the international image of Poland has been demeaned in recent years, most notably by the European Union institutions, out of the deep dislike of those undertaking this activity for the results of democratic elections in Poland. The irony should not be lost that the broadcast of Obama’s remarks came four days after the leader of the Belarusian democratic opposition was warmed greeted in Warszawa by both government and opposition leaders, as well as an enthusiastic gathering of people.

• Cabinet minister Michał Dworczyk blames the hacking of his email and social media accounts on ‘disinformation activities’, and

• the head of the Polish Episcopal Conference calls for a relaxation of restrictions on numbers attending church services.

Prime Minister Mateusz Morawiecki has strongly rejected an assertion by former U.S. President Barack Obama that Poland has become an authoritarian state. In an interview with CNN broadcast on Tuesday Obama said that ‘All of us as citizens have to recognize that the path towards an undemocratic America is not going to happen in just one bang. It happens in a series of steps. And when you look at what’s happened in places like Hungary and in Poland, that obviously did not have the same democratic traditions that we did, they weren’t as deeply rooted, and yet as recently as ten years ago were functioning democracies, and now essentially have become authoritarian’.

Morawiecki, whose Prawo i Sprawiedliwość – led ruling bloc was only narrowly re-elected in the 2019 general election and whose government doesn’t have an Upper House majority – responded by inviting Obama to come to visit Poland saying ‘It’s enough to come here, and not to read some coverage that I think decidedly distorts the image of Poland’. He said that anyone who ‘takes a closer look at Poland will see a country which has opened its economy to the whole of society and departed from a neo-liberal model’. He added that ‘I think that the former president of the United States, Barack Obama, will notice this and many other things if he came here and looked closely at how beautifully Poland is developing today. And this did not happen by accident, it did not happen by accident while Prawo i Sprawiedliwość was in power’.

Last Friday the leader of the Belarusian opposition, Sviatlana Tsikhanouskaya, received a warm welcome in Warszawa on a visit to the Polish capital, during which she held talks with President Andrzej Duda and the leading opposition figure and Warszawa Mayor Rafał Trzaskowski. Her visit coincided with the 32nd anniversary of the partially free June 4th, 1989, elections in Poland and she was greeting by a large crowd of supports in the Old Town as she unveiled a monument to that event. The monument features the logo of the Solidarity free trade union and two pieces from the Berlin Wall.

A focus of the visit was support for Belarusians who’ve been forced to flee to Poland, and among those she met on Friday were three leaders of the Polish minority in Belarus whose release from custody the Polish government helped to secure in May. Poland has provided extensive assistance to the Belarusian opposition, in the process drawing a sharp rebuke from Russia, which urged Poland to step interfering in the internal affairs of its neighbour. The political crisis in Belarus has of course once again jumped up the European and international agenda following the diversion of a Ryanair flight to Minsk and the arrest of the journalist Raman Pratasevich. In an interview for TVP on Thursday Tsikhanouskaya said that event showed the ‘sense of impunity of the regime’.

In a statement on Tuesday night Cabinet Minister Michał Dworczyk, who acts as the head of the Prime Minister’s Chancellery, said that the email and social media accounts of himself and his wife had been hacked. A spokesman for the Internal Security Agency said that ‘In connection with the statement of Minister Michał Dworczyk, special services are analysing the events described by the minister’. In his statement Dworczyk claimed that ‘Considering that the information was published on the Russian social networking site Telegram and the fact that I had been banned from entering Belarus and Russia for 11 years as a person actively supporting democratic changes in the former USSR, I treat this attack as one of the elements of wide-ranging disinformation activities containing falsified and manipulated information’. Dworczyk said that there was no confidential information in his personal email.

Despite strong hopes for a bilateral resolution of the issue expressed by Prime Minister Morawiecki  there is no conclusion just yet to the dispute between Poland and the Czech Republic over the Turów brown coal mine, which the Czech authorities claim is causing environmental damage on its side of the border. While the Czech government has said that negotiations are continuing to progress over the issue, they also said on Tuesday that their lawyers will ask the European Court of Justice to impose a daily fine of €5 million on Poland for defying the ECJ court order to immediately stop extraction from the lignite mine pending a final determination of the case. On Tuesday Polish government spokesman Piotr Müller said that the Czech side had, as he termed it, adopted a negotiation procedure to ensure a speedy bilateral agreement between the two side. The Turów ruling has been heaving criticised in Poland where an adjoining power plant is responsible for between 4 and 7 per cent of the country’s power output.

Last Thursday was the Feast of Corpus Christi. It was a public holiday in Poland and many people took the opportunity to take a four-day long weekend. Record crowds descended on the Tatra mountains in the south of the country, encouraged by particularly nice weather. Officials at the Tatra National Park reported that nearly 100,000 people visited between Thursday and Saturday.

Despite the recent easing of many Covid-19 related restrictions, there have been renewed calls from the head of the Roman Catholic Church in Poland to go further in relation to religious services. Archbishop Stanisław Gądecki, the head of the Polish Episcopal Conference, has written an open letter to Prime Minister Morawiecki to, as he termed it, ‘insist on’ a further relaxation of rules on church attendance considering the sharp fall in Covid-19 cases. He said that people’s ‘inalienable human right’ to practice their religious faith should be respected and wrote that ‘I would like to express my sadness at the maintenance of existing limits on the faithful in church’ and that this ‘can be seen not only as a form of discrimination, but as a restriction of religious freedom’. Churches in Poland have remained open for public worship through the period of Covid-19 restrictions, but with limitations on the numbers allowed to attend. On May 4th they were eased to allow one person per 15 square metres.

Last Friday Cabinet Minister Michał Dworczyk responded to Denmark’s decision to withdraw environmental permits for an overland Danish part of the so-call Baltic Pipe gas pipeline pending a review, saying that ‘We are analysing the situation in order to be able to plan further steps’. It followed an announcement by the Danish grid operator that construction of the pipeline, which is designed to connect Poland with Norwegian natural gas fields, had been stopped due to the withdrawal of environmental clearance because of concerns over the impact on wildlife. The pipeline is part of Poland’s efforts to diversify its energy sources away from Russia, and an Under Secretary of State in the Ministry of Foreign Affairs, Marcin Przydacz told Polish Radio that ‘it is in the interest of Poland and central Europe as a whole’ that the pipeline is completed as soon as possible. The pipeline is scheduled for completion in October 2022 and will connect Poland with the Norwegian energy source through Denmark. A spokesperson for the European Commission said it ‘is ready to help the sides in finding a solution to the problem’.

On Wednesday Polish tennis star Iga Świątek’s defence of her French Open women’s singles title ended at the quarterfinals stage when she went out to Greece’s Maria Sakkari on a 6-4, 6-4 scoreline. Świątek had claimed her first Grand Slam title in the 2020 French Open, played last October.