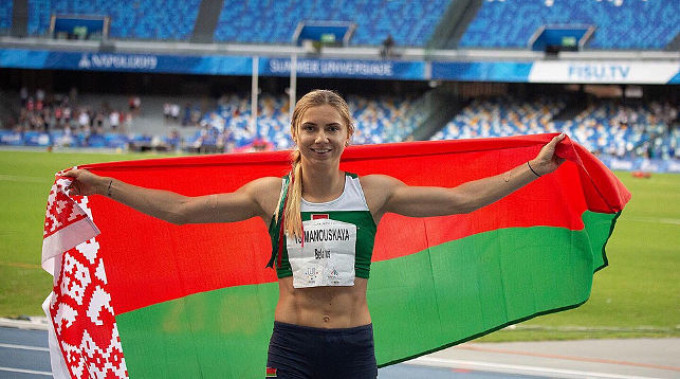 Poland this week has received, for once, much favourable coverage in the European and international press for the assistance extended by her government to a Belarusian athlete who refused to return home from the Olympic Games fearing for her safety. The affair has again highlighted the strong stance taken by the Polish government against the Russian–backed dictatorship of Alexander Lukashenko in Belarus. Poland has herself been enjoying, what in recent times, with the exception of in tennis, has been equally rare, success in a major international sporting event with multiple gold medals in the Tokyo Olympics. A dark chapter in Poland’s own history was once more commemorated on Sunday with events marking the 77th anniversary of the 1944 Warszawa Uprising.

• Large salary increases are announced for top Polish politicians, and

• Commemorative events are held to mark the 77th anniversary of the 1944 Warszawa Uprising.

Poland won much international praise this week for its support of a Belarusian Olympic athlete, Krystsina Tsimanouskaya, who last Sunday refused to board a flight home from Tokyo airport after being ordered to return to Belarus from the games by team officials. She had taken refuge in the Polish embassy in Tokyo on Monday and was provided with a humanitarian visa by Poland. On Wednesday Tsimanouskaya took a flight to Vienna, Austria, rather than directly to Poland, reportedly on the advice of Polish officials for security reasons. The athlete flew on to Warszawa later the same day.

She said a row with team officials meant she couldn’t safely travel home and feared punishment if she did. Tsimanouskaya claimed she was bundled to Tokyo airport having been ordered home after criticising officials who asked her to run in the 400 metres relay event, in addition to her own 100 and 200 metres races, due to other Belarusian athletes being ineligible to complete as they hadn’t undergone sufficient drug tests prior to the games. She has previously been critical of the Alexander Lukashenko regime.

On Tuesday Prime Minister Mateusz Morawiecki said that Poland had offered Tsimanouskaya ‘support and solidarity’. Morawiecki wrote on social media having spoken with Tsimanouskaya that ‘I assured her that she could count on support and solidarity from Poland. In the coming days, she will fly to Warszawa, where she will be able to develop without any obstacles and, if she wishes, will receive further help’. Morawiecki added that ‘Poland will continue to actively support the entire Belarusian nation and the persecuted opposition activists’.

The head of an organisation that helps athletes who’ve fallen foul of the Belarusian authorities said on Monday that ‘She has accepted the offer issued by the Polish Foreign Ministry to request international help, she has done that and she has received a Polish visa’. On Monday Marcin Przydacz, Undersecretary of State in the Ministry of Foreign Affairs tweeted that ‘Poland will do whatever is necessary to help her to continue her sporting career’. Commenting on her situation in being ordered to board a flight home, he said that ‘It was against her will, so it was quite natural for us to help her. She can come to Poland and she is planning to do so’.

Meanwhile at the Olympic Games themselves the Polish team has been doing fantastically well. Standout performances have included that of Anita Włodarczyk who on Tuesday won the Olympic gold medal in the women’s hammer throw for the third consecutive time. Another Polish competitor, Malwina Kopron, took bronze in the same event. On Wednesday there was more good news for Poland in the men’s hammer throw with Wojciech Nowicki taking gold, and fellow Pole Paweł Fajdek picking up the bronze medal.

Poland’s Annual Inflation Rate Up To 5%

While the Polish economy has been performing strongly in recent years one corollary has been an inflation rate well above the European average. In a flash estimate last Friday the Central Statistical Office (GUS) said that annual inflation had increased to 5% in July, up from 4.4% in June. The May figure was 4.7%. Poland’s Central Bank, which has to date resisted the temptation to raise interest rates from their current miniscule level, has increased its inflation forecast for the year as a whole to 4.2%, but envisages a decrease to 3.3% next year. Last Friday Eurostat reported that by its measure unemployment in Poland stood at just 3.6% in June compared to an average of 7.1% for the European Union as a whole and 7.7% for the Euro-zone.

One group who are going to receive some help to counteract the affects of rising pricing is Poland’s politicians. President Duda last Friday signed an ordinance increasing the pay of undersecretaries of state, which based on salary linkages will result in increases typically of 40% or 60% for a wide range of top officials. The monthly salary of the Prime Minister will increase by 40% to just over 20,000 złotych while that of the Marshalls of the Sejm and Senate will increase by 75%. Salaries of Sejm members and senators will rise by 60%. Duda commented that ‘This is an attempt to make salaries more realistic’.

Separately Prawo i Sprawiedliwość legislators have proposed a law to increase the President’s own salary by 40%. In addition, they want to increase the pensions of former presidents, raise allowances for local councillors by 60%, and increase the remuneration of local government employees. The salary hikes follow the abandonment of a similar move last year to raise the salaries of top politicians in the face of a public outcry. Then the main opposition bloc did a U-turn on their initial support for the measure. This time Koalicja Obywatelska announced that it would introduce legislation to overturn the increases. As in most or indeed maybe all democratic countries, the move isn’t proving popular. One opinion poll found 84% of people are opposed to the increases, with just 11% supporting them.

Battle Between Prawo i Sprawiedliwość and Marian Banaś Continues

Last Friday it was reported that a Warszawa court has overturned a prosecutor’s decision to drop an investigation into the alleged illegal pressurising of National Audit Office auditors by the institutions Vice President Tadeusz Dziuba and ordered a fresh probe. Dziuba is a former Prawo i Sprawiedliwość Sejm member and the claims relate to an investigation into Prawo i Sprawiedliwość MEP Beata Kempa. According to court documents the decision to drop the case was ‘premature’ and Dziuba and the other National Audit Office Vice President should have been questioned. It’s the latest episode in the long-running battle between the government and National Audit Office President, Marian Banaś. He has steadfastly refused to resign despite himself facing corruption allegation.

The fact it happens every year doesn’t make it any less important or moving. Last Sunday, August 1st,  Poland marked the 77th anniversary of the 1944 Warszawa Uprising against the Nazi German occupation. At 5pm Polish time sirens wailed and bells rang out to mark ‘W Hour’ when the uprising began with all activity, including public transport, stopping for a minute in a mark of respect. People formed a giant human ‘Fighting Poland’ symbol in front of the Royal Castle and several thousand gathered at the Rondo Dmowskiego, to mark the moment of silence. Red and white smoke was released above the crowds.

The official commemorations were centred on Warszawa’s Powazki military cemetery where the President, Prime Minister and Mayor of Warszawa laid wreathes and met with veterans. On Saturday evening a solemn mass had taken place at Krasiński Square in front of the monument to the uprising. It was celebrated by Archbishop Józef Guzdek and attended by top political leaders.

The 1944 Warszawa Uprising by an estimated 20,000 fighters of the Polish Home Army has gone down in history as the largest insurgency of the Second World War in Nazi German-occupied Europe. It last for 63 days. The Institute of National Remembrance estimates that approximately 18,000 fighters and some 150-180,000 Polish civilians died in the uprising.