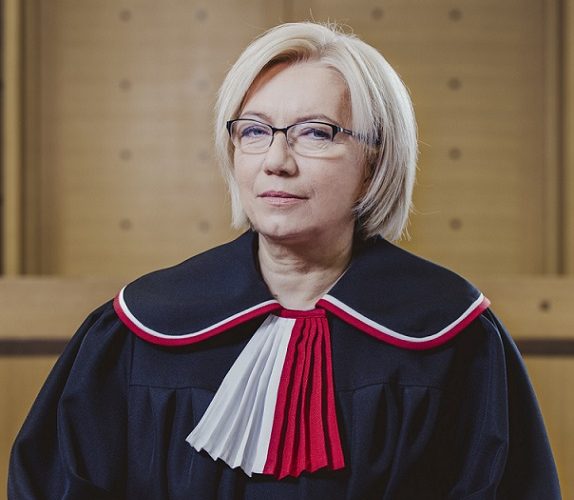 Last Thursday’s ruling by the Constitutional Tribunal that some of the provisions of the European Union treaties are in breach of the Polish constitution has added further fuel to the already heated debate over the country’s relationship with the EU. Supporters of the ruling regarded it as no more than a statement of the obvious in that it confirms that Poland is a sovereign state whose constitution takes precedence over European Union law. They also view it as a welcome rebuttal to what they regard as the ongoing interference in Poland’s internal affairs by the European Court of Justice and the European Commission over the government’s judicial reforms. Opponents, who staged large public protests in the aftermath of the ruling, see it as further estranging Poland from what they regard as the European mainstream, and also used it to further the political charge of a potential ‘Polexit’ against the government – raising the spectre of Poland’s ultimate departure from the European Union.

• a permanent border wall is to be erected on the eastern frontier with Belarus to combat the migrant influx, and

In a long-awaited ruling in a case brought to it by Prime Minister Mateusz Morawiecki the Trybunał Konstytucyjny, (Constitutional Tribunal in English) last Thursday reaffirmed the supremacy of the Polish constitution over European Union law, stating that several articles of the European Union treaties are in breach of the constitution. The ruling brought tens of thousands of Poles into the streets of Warszawa and other towns and cities across the country on Sunday in support of the country’s continued membership of the EU. Protesters waved Polish and EU flags and shouted ‘Zostajemy’ (We Stay).

The leader of the opposition Platforma Obywatelska, Donald Tusk, was among those who addressed protestors outside Warszawa’s Royal Castle claiming in reference to the current Polish government ‘We know why they want to leave (the EU) … so that they can violate democratic rules with impunity’. The ruling was sharply criticised by numerous European governments and politicians as undermining one of the central legal pillars of the EU. The Polish opposition has also long questioned the political independence of the Constitutional Tribunal itself.

The government, while welcoming the ruling which it views as a restatement of Polish sovereignty, has again emphasised that Poland will continue to fulfil its legal obligations and has no plans to leave the EU, but that Poland wants to be treated as an equal partner in the bloc with respect for national competence in areas outside the scope of the EU treaties, including the judiciary. Prime Minister Morawiecki commented that each member state must be treated with respect and the EU should not be just ‘a grouping of those who are equal and more equal’.

Ruling ‘Reaffirmed the Hierarchy of the Sources of Law’

In a statement the Ministry of Foreign Affairs said that the ruling ‘reaffirmed the hierarchy of the sources of law binding in Poland and in the European Union’, adding that ‘The first place in this hierarchy is always reserved for national constitutions of EU member states. EU treaties, as acts of international law, have priority over domestic law of a statutory rank, but they cannot precede constitutions’. The statement pointed out that the courts ‘of many EU member states … have repeatedly held that certain acts of the EU institutions, in particular of the Court of Justice of the EU, may be considered ultra vires, i.e. to exceed the powers granted to these institutions by the treaties’.

The statement added that ‘All obligations arising from both primary and secondary European Union law remain in force and thus, will continue to be fully respected by Poland. The provisions of the Treaty of the European Union indicated in the judgment of the Constitutional Tribunal of 7 October remain in force. What cannot be accepted, are only the forms of their interpretation or application that violate the Constitution of the Republic of Poland’.

Just a day prior to the Constitutional Tribunal ruling there was a further landmark ruling against Poland in the European Court of Justice which declared void a decision made by a judge who was appointed by a body it deemed wasn’t sufficiently independent. In a case involving judge Waldemar  Żurek, who had unsuccessfully appealed against a job transfer, it ruled that the Supreme Court judge who reviewed his case had been appointed in a manner that ‘cast reasonable doubts…as to his neutrality’ and that therefore his decision ‘must be declared null and void’. Prime Minister Morawiecki described that judgment as ‘an attempt to hit at the very heart of the social and legal system’ which could affect ‘hundreds of thousands’ of legal decisions.

In the face of the ongoing migrant crisis on its eastern border with Belarus, Poland is to proceed with plans to build on permanent border wall. Interior Minister Mariusz Kamiński announced that the government had adopted a bill to erect it saying that ‘Despite the deployment of additional personnel and assistance from soldiers and police, as well as the use of temporary installations, we have not seen a decrease in the number of attempts to cross the Polish-Belarusian border. Therefore, urgent measures need to be taken to build a solid, high wall, equipped with a monitoring and movement detection system. Such border security measures have worked for other countries and have proven to be an effective solution in the fight against illegal migration’.

Earlier on Tuesday Defence Minister Mariusz Błaszczak told Polish Radio that the necessary bill would be submitted to parliament once it was drawn up by the Interior Ministry. He commented that Poland would draw on the experience of Hungary, which erected a permanent wall on its border with Serbia in 2015. Błaszczak said he had decided ‘to increase the number of soldiers who are helping the Border Guard patrol the frontier as the migrant pressure remains very acute’. At the end of September the Sejm voted by 237-175 to approve the government’s request to extend the state of emergency is areas along the border by 60 days.

There’s speculation in political circles about an imminent modest reshuffle of the cabinet, which has been in the offing since the departure from the ruling bloc of Porozumienie last August. On Monday top leaders of Prawo i Sprawiedliwość held a three-hour meeting to discuss the outcome of talks between party leader Jarosław Kaczyński and smaller allies in the ruling Zjednoczona Prawica. The PAP news agency reported it was told by one of the participants that ‘the plan is for the new ministers to be unveiled by the middle of next week’.

Government spokesperson Piotr Müller told Polish Radio that the reshuffle would involve the induction of ‘a few’ new faces and that Prime Minister Morawiecki would first send the proposed new appointments to President Andrzej Duda. It’s speculated that the reshuffle will accommodate in the cabinet probably two representatives of Partia Republikańska, the new party led by MEP Adam Bielan which split from Porozumienie, and also give representation to the parliamentary group led by Marcin Ociepa, currently a Secretary of State, or Deputy Minister, at the Ministry of National Defence.

While the Polish economy has continued to perform strongly, economists have expressed concerns about the rate of inflation in the country which has been consistently among the highest in the EU in recent years, and which reached 5.8% last month, the highest in 20 years. After months of resisting pressure to act, last Wednesday the National Bank of Poland Monetary Policy Council raised its reference interest rate from a nominal 0.1% to 0.5% in the first such move since 2012. A day earlier the central bank President Adam Glapiński said that the time was coming for what he termed ‘a monetary adjustment’. The value of the Polish złoty rose in response to the announcement.

On Sunday a ceremony took place at the National Stadium in Warszawa, attended by Prime Minister Morawiecki, to name it in honour of Kazimierz Górski, a legendary Polish soccer coach who managed the national team from 1970 to 1976. During this period, regarded as one of the most successful for Polish soccer, the team won gold in the 1972 Munich Olympics and silver in the 1976 Montreal Olympics, as well as finishing third in the 1974 World Cup in West Germany.

Morawiecki told assembled officials and soccer fans that Górski was a ‘man of enormous modesty, but also enormous ambition’ adding that he ‘gave the Polish people hope during that difficult time’, ‘a hope of regaining our value, our greatness, because he was a great Polish patriot’. Morawicki said that the National Stadium is ‘a fortress for Polish fans’ and ‘a fortress of Polish patriotism’, noting that ‘The Polish national football team has not lost a match here in seven years’.

The ceremony and the Prime Minister’s words were opportunely timed coinciding with an upswing in the fortunes of the present-day national side in their quest to qualify for the 2022 World Cup. On Saturday, Poland secured a 5-0 win over group underdog San Marino before almost 60,000 spectators in the same stadium. However, to keep their qualification hopes alive the team needed to win away in Tirana against Albania on Tuesday, which they duly did on a 1-0 scoreline courtesy of a 77th minute goal from substitute Karol Świderski.