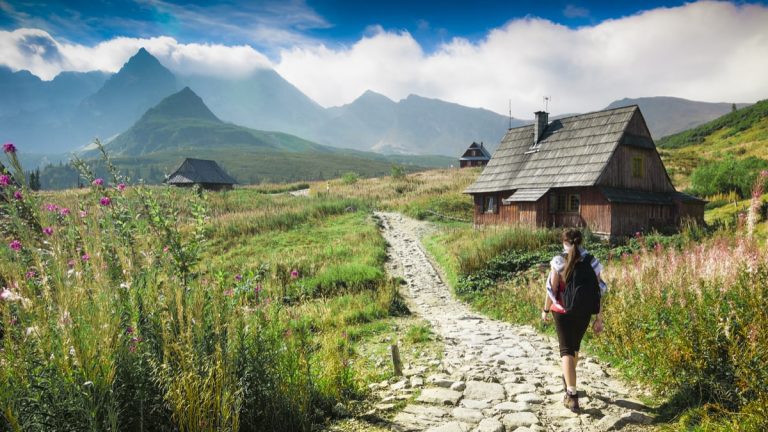 Our main focus this week is the political crisis which has engulfed the Polish government since last Friday threatening its very survival. The crisis centres on the future or otherwise in the government of Solidarna Polska, the right-wing party led by Justice minister, Zbigniew Ziobro.

Last week we commented on indications of further tensions within the ruling Zjednoczona Prawica or United Right bloc in light of comments by a Solidarna Polska Sejm member against the proposed Covid-19 immunity law for officials who may have transgressed the law while allegedly acting in the ‘public interest’ and of opposition from some government lawmakers, among them the Agriculture minister, Jan Krzysztof Ardanowski, to proposed animal welfare legislation including a ban on fur farming.

Since then events have taken a dramatic turn which has brought the ruling coalition to the brink of collapse, raising the spectre of a minority government or even of an early general election. So much for predictions that Poland would enjoy a boring three years politically after the presidential election brought the cycle of recent elections – regional, European, parliamentary and presidential – to a conclusion.

It’s been widely reported that the dramatic events in the Sejm on Friday evening over the animal welfare bill as well as the difficulties over the proposed immunity law are not just about the merits or otherwise of individual proposals, but rather reflect a power struggle within the Zjednoczona Prawica both over the policy direction of the government and the long term succession to Prawo i Sprawiedliwość Chairman, Jarosław Kaczyński, between Prime Minister, Mateusz Morawiecki and Justice minister, Zbigniew Ziobro, as the de facto leader of the political right in Poland.

On Friday, in the aftermath of farmers’ protests in Warszawa earlier in the week, the Sejm voted on the animal welfare bill – very much a personal crusade of the animal loving Jarosław Kaczyński – including the ban on fur farming, which would close down the industry in Poland. Before the vote PiS imposed party discipline on the members of its parliamentary club, including those elected on its list from Porozumienie and Solidarna Polska making clear that any member of the ruling coalition who failed to support the bill would be suspended from the PiS parliamentary club.

The bill passed overwhelmingly with the support of the vast majority of opposition legislators except those of Konfederacja, which robustly opposed the legislation. However, there was a major rebellion within the ranks of the ruling coalition with 38 legislators voting against the bill. The rebels included the Agriculture minister himself, Jan Krzysztof Ardanowski, but crucially there was a wholesale revolt on the part of the two smaller coalition partners – Solidarna Polska, the nationalist right-wing party led by Ziobro, voted en masse against the legislation while 15 members of Porozumienie, the more liberal centre-right party led by former Deputy Prime Minister, Jarosław Gowin, who resigned from government in April in a dispute over the mechanics of holding the presidential election, abstained, with two others voting against.

Prawo i Sprawiedliwość, having earlier shelved the Covid-19 immunity law, designed to protect officials who may have stepped outside the law in the fight against Covid-19 but which was suspected by its critics of merely being a device to cover-up alleged wrongdoing which may already have taken place, reacted with fury. The chairman of the parliamentary caucus, Ryszard Terlecki, said that ‘At the moment the situation is such that the coalition is practically nonexistent.’,comments he did later somewhat backtrack on. Other remarks attributed to PiS sources were along the lines that the ministers in the government from Solidarna Polska and Porozumienie should ‘pack their bags’. Of course without the votes of Solidarna Polska and Porozumienie the government does not have a majority.

So what brought matters to this point, where a disagreement over two pieces of legislation, one of which was passed in any event by an overwhelming majority, brought about a major political crisis. The context is arguments between Prawo i Sprawiedliwość and Solidarna Polska especially over the future policy direction of the government, and the question of the succession to the 71 year old Kaczyński. Commentators state that Zbigniew Ziobro has been pushing for a tougher line with the European Union institutions on questions such as their challenges to Poland’s judicial reforms which he’s championed, as well as over LGBT rights. Ziobro regards himself as the custodian of true conservative values within the Zjednoczona Prawica with Prawo i Spradiedliwość itself tempted to take a somewhat softer line with the EU institutions in the interests of maintaining overall relations.

Jarosław Kaczyński had signalled during the summer that he wanted to see a cabinet reshuffle in the autumn to create a more streamlined administration with a reduced number of senior ministers. That reconstruction has proven more difficult than expected to agree with the coalition partners and may also have contributed to the escalation in tensions over recent weeks.

The wider picture is of course the question of the eventual succession to Jarosław Kaczyński as the leader of the political right in Poland, a role in which Zbigniew Ziobro sees himself but for which Kaczyński is thought to favour Prime Minister Mateusz Morawiecki, having indeed previously expelled Ziobro from Prawo i Sprawiedliwość. Ziobro was recently believed to have been pushing for Kaczyński to agree to a merger between Prawo i Sprawiedliwość and Solidarna Polska – given the relative size of the two parties, in reality his own readmission into PiS which would place him back in the race for the Kaczyński succession.

Ziobro, who’s Poland’s Prosecutor General along with his role as Justice minister, has taken a firm stance on investigations into alleged corruption. There have been suggestions that some within PiS are worried where current investigations could lead, potentially to senior figures within their camp, and this fear as much as the policy disagreements is why they want him removed from the Justice ministry. Some credence was given to this theory by the suggestion that one price PiS wanted Ziobro to pay for the coalition to remain intact was the placing of the National Prosecutor’s Office under the control of a PiS appointee. Ziobro’s supporters argue that his dismissal or enforced resignation would be a gift to the European Union and the government’s critics, for many of whom Ziobro is a hate figure. It would of course lead to the exit of Solidarna Polska from the government and reduce it to minority status.

While the political crisis caused by the vote in the Sejm didn’t abate over the weekend, Zbigniew Ziobro for his part stressed that Solidarna Polska was a loyal part of the United Right and said he hoped for a negotiated resolution of the crisis. PiS’s top leadership met on Monday afternoon to review their options – there was no announcement afterwards but there did appear to be a softening of their line with the two smaller parties with one comment being that they’d have to reduce their expectations. Following a meeting between Kaczyński and Ziobro on Monday night it was anticipated that a decision on the future of the government would come before the end of the week. On Tuesday a PiS spokesperson said they were awaiting the response of Solidarna Polska to their conditions, stressing it wasn’t an ultimatum, for continuing the coalition.

For Zbigniew Ziobro his future political prospects outside of the Zjedneczona Prawica would look to be considerably diminished. He would face the risk, as is also the case for Porozumienie, that many of their Sejm members elected on the PiS election list would drift across to the larger party. One option rather than going it alone, would be to tie up with Konfederacja on the right, with the objective of providing a major electoral challenge to PiS on their right flank. For PiS, they would have a range of options were either or both of the smaller parties to exit the coalition. One which might be appealing, but is inherently risky, would be early elections. Another would be to seek to continue in office on a vote by vote basis as a minority government though it’s difficult to see such a scenario lasting for the full term of the Sejm. There has even been talk, perhaps unlikely, of a tie-up with the centrist Polish People’s Party.

The position of Porozumienie, whose deputies in the main abstained in the vote on the animal welfare bill, is also in question. They might find willing partners for a tie-up in the political centre, but again their influence would be significantly diminished outside the ruling bloc.

The latest from a government spokesperson is that the fate of the ruling coalition would be known by Friday – perhaps the answer will come earlier. The key decision looks to rest with Solidarna Polska as to whether they’ll accept the conditions laid down by PiS for a continuation of the coalition. A new opinion poll may help to temper any rash actions, with PiS looking unlikely to benefit from an early election with 36% support, and the two smaller parties facing electoral wipe-out with just 2% each.

However the dust settles on the current political crisis it’s emphasised once again that the current ruling bloc is itself a coalition of competing values and personalities, both within and between the parties comprising it. It’s also highlighted the power of Jarosław Kaczyński to direct events and impose his authority. The ultimate outcome of the government crisis will likely have a major impact on the future political direction of Poland, both domestically and internationally, over the next number of years.