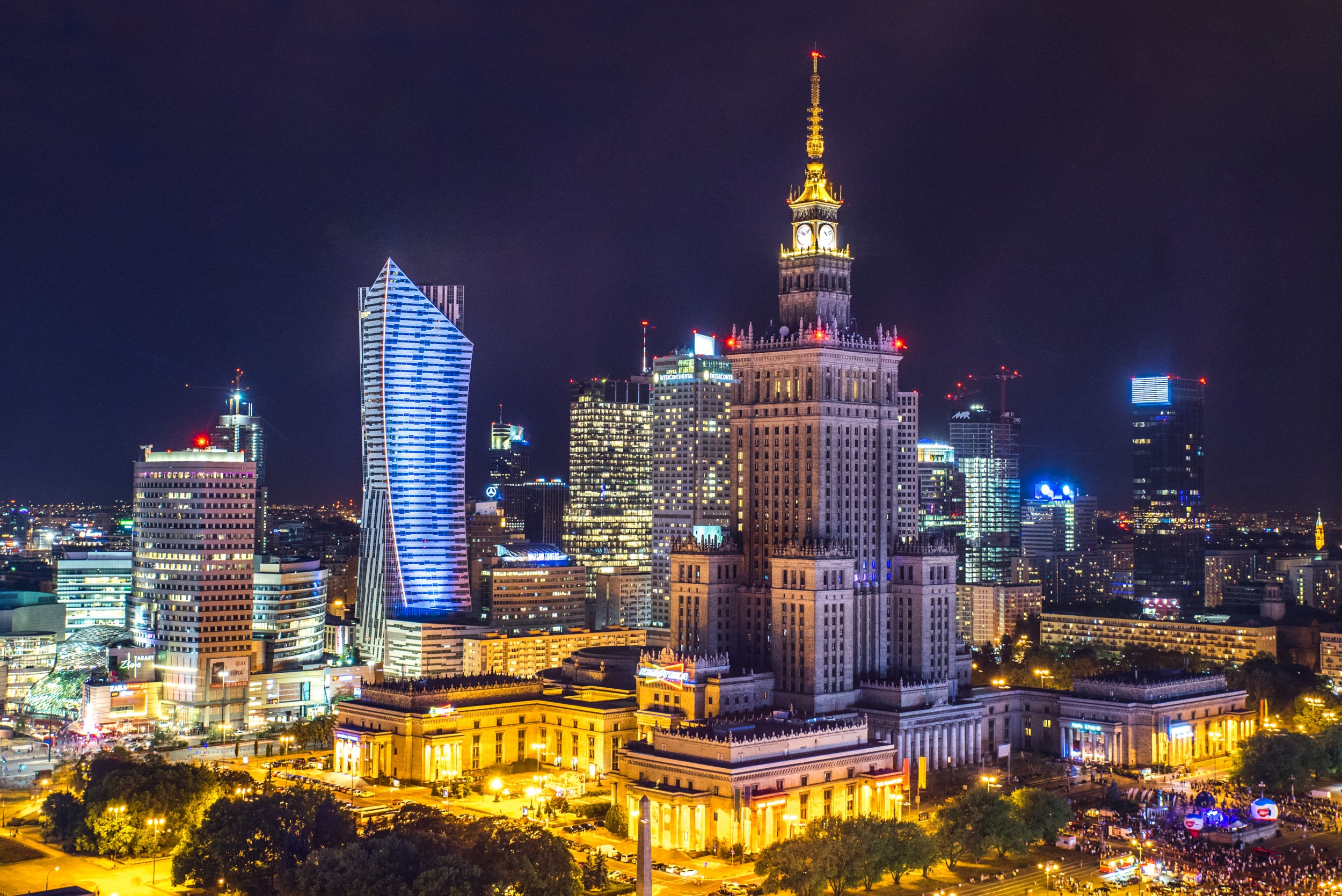 Well August is meant to be a quiet month news wise but that certainly hasn’t been the case in Poland this year, so we’ve plenty of important developments to catch-up on from the past week and indeed since our last update at the beginning of August.

Our main stories include:

• The Government forecasts a record budget deficit as the economic impact of the Covid-19 measures manifest themselves.

We’ll start with the changes announced to the Polish government. Following a number of media interviews by Prawo i Sprawiedliwość Chairman, Jarosław Kaczyński, a reshuffle of Prime Minister Mateusz Morawiecki’s cabinet had been anticipated this autumn with an expected reduction in the number of senior cabinet ministers as control over a number of ministries was centralised in a single minister. In the event matters moved quicker than expected with the announcement on Tuesday of last week, August 18th, that Health minister, Łukasz Szumowski, the face of the government’s Covid-19 strategy, was resigning – just a day after his deputy minister, Janusz Cieszyński, had also quit.

The timing of Szumowski’s resignation came as a major surprise at a time when Poland is experiencing something of an upsurge in reported Covid-19 cases – although to be accurate the number of cases in Poland per million of population remains one of the lowest in any major European country. Szumowski said in subsequent media interviews that he’d intended to leave the government to return to medicine in the Spring, but the Covid-19 epidemic forced him to stay on until now. Others were more sceptical noting allegations concerning the purchase of defective medical equipment by the Health ministry from the firm of a family friend. The minister has also faced other allegations of ethical lapses. Some of the claims concerning Szumowski are being investigated by prosecutors.

Just the previous week, the parliamentary majority had introduced a draft law in the Sejm to grant immunity to officials who breach the law while allegedly acting in the public interest in the fight against Coronavirus. The legislation would also apply retrospectively.

Politicians from the ruling bloc paid warm tributes to Szumowski’s work with Deputy Prime Minister, Jadwiga Emilewicz, describing him as ‘probably the most hard-working Health minister and one of the most effective in 30 years.’ Szumowski’s resignation was followed just two days later by that of the Foreign minister, Jacek Czaputowicz. While the timing of his departure in the midst of the crisis caused by the disputed election in neighbouring Belarus may look inopportune, a Foreign ministry spokesperson said that ‘The minister previously stated that the time after the presidential election would be a good time to make the change and expressed his hope that his successor would continue the current line of policy and work to further strengthen Poland’s position in the international arena’. The general perception was that Czaputowicz was never a leading player within the government and that the former academic was in large part simply the administrative head of the department. Czaputowicz had held the post since January 2018 and his tenure did see considerable successes for Polish diplomacy.

Last Thursday Prime Minister Mateusz Morawiecki named Adam Niedzielski as the new Health minister – he was up until now the head of the National Health Fund (NFZ) and was described by Morawiecki as ‘a person we need very much’. He said that the new minister has extensive experience in public administration having served in posts at the Finance ministry and the Central Audit Office as well as heading the NFZ for the past two years. Morawiecki announced that the chairman of the Sejm’s Foreign Affairs committee, Zbigniew Rau, would become the new Foreign minister. Both new ministers were formally appointed by President Andrzej Duda yesterday at a ceremony in the presidential palace in Warszawa. In an interview last week Rau signalled there would be no major shift in focus saying ‘Our foreign policy is on the right course. This is confirmed by our dynamic reaction to events in Belarus, our ability to mobilise the most important EU bodies – our geopolitical know-how has once again been confirmed on the Belarus issue’.

Meanwhile, following a recent spike which peaked at a record 903 new cases reported on August 21st, as of Wednesday morning the total number of Covid-19 cases in Poland stood at 63,802 with the number of deaths attributed to the virus standing at 1,994 – the vast majority of whom already had underlying conditions. Normal in-person classes will recommence in most Polish schools from September 1st for the first time since March, following the end of the summer holidays.

The economic impact of the measures announced by the government in response to Covid-19 is becoming more and more apparent. The government had planned for an historic balanced budget this year for the first time since Poland embraced the marked economy in the early 1990s. Instead last Thursday it adopted a revised budget projecting a record budget deficit of 109.3 billion złoty (the equivalent of €24.9 billion). The Finance ministry is forecasting that revenue will undershoot by 36.7 billion złoty at 398.7 billion złoty with expenditure overshooting by 72.7 billion złoty at 508 billion złoty. The government now expects GDP to decline by 4.6% this year compared to forecast growth of 3.7% at budget time. The foreign tourist trade into Poland, which had been booming in recent years, has been almost totally obliterated by the Covid-19 narrative.

On Tuesday, the Central Statistical Office reported that the unemployment rate remained unchanged at 6.1% in July compared to June, with just under 1,030,000 people without work. The government’s revised budget for 2020 projects that the jobless rate will rise to 8% by the end of the year compared to just 5.2% at the end of 2019.

There is some relative ‘good’ news for Poland, in that it’s to be one of the largest beneficiaries of the European Union’s ‘instrument for temporary Support to mitigate Unemployment Risks in an Emergency’ or (SURE) program of assistance comprising low-interest loans to national governments designed to mitigate the economic impact of Covid-19. Out of a total allocation of €81.4 billion to 15 member states proposed by the European Commission on Monday, Poland is set to receive € 11.2 billion. This is the third highest allocation after Italy and Spain.

Since the disputed elections in neighbouring Belarus on August 9th in which incumbent President Alexander Lukashenko claimed an overwhelming victory amid opposition allegations of fraud, Poland has found itself central to the international response to the crisis. Yesterday Prime Minister Morawiecki held all-party talks with opposition politicians in Warszawa primarily about the situation in Belarus. Last Sunday over 100,000 people demonstrated in the Belarusian capital of Minsk calling on Lukashenko to step down. Many of the protestors view Poland’s journey from dictatorship to democracy – currently in focus with the 40th anniversary of the famous events of August 1980 which led to the rise of the Solidarity free trade union – as an inspiration. Since last Saturday Polish Radio has been broadcasting a special news service for listeners in Belarus to break the censorship imposed by the Lukashenko regime.

Poland’s support for the democratic opposition has led to a barbed response from Minsk. Lukashenko claimed that neighbouring Poland and Lithuania were undermining Belarus’s territorial integrity and inciting the anti-government protests. Speaking near the Polish – Belarusian border last Saturday he called on the country’s defence minister to take ‘the toughest measures necessary to protect the country’s integrity’.

President Duda’s Chief of Staff, Krzysztof Szczerski, dismissed the claims saying that ‘Poland consistently supports the primacy of international law in relations between states’ and that ‘The principle of sovereignty and territorial integrity is the foundation of international law.’ He added that ‘We find it upsetting and puzzling that as part of Belarusian propaganda, there are suggestions that Poland would intend to undermine the territorial integrity of this country’.

Poland’s legendary Robert Lewandowski is a Champions League winner. His Bayern Munich side triumphed 1-0 over Paris Saint-Germain in last Sunday’s final, which was played in Lisbon. So yet another very well deserved honour for the great Polish sportsman, who follows in the footsteps of goalkeeper Jerzy Dudek who won the Champions League with Liverpool in 2005.