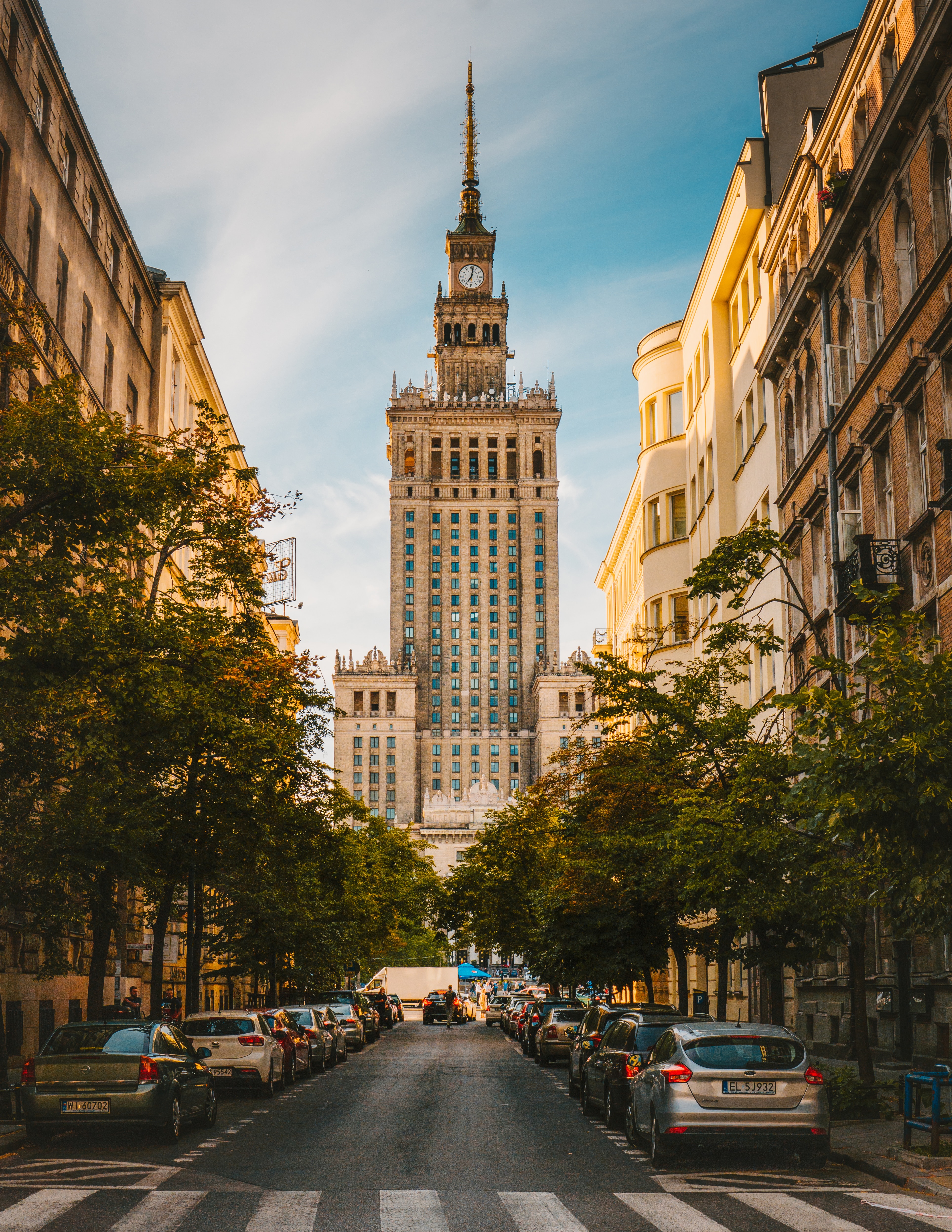 This week, we’ll both review the main stories over the past week as well as developments in Poland since the outcome of the second round of the presidential election held on July 12th.

Our main stories include:

• Poland marks the 76th anniversary of the 1944 Warszawa Uprising against Nazi German rule.

Poland has experienced something of a spike in reported Covid-19 cases over the past week, albeit many were in the south western region of Silesia where the coal mines have been particularly badly affected. On Monday Health minister, Łukasz Szumowski, said that tighter restrictions could be re-imposed on wedding celebrations, which have been linked to some outbreaks in recent weeks.

As of Wednesday Poland had reported a total of 48,789 Covid-19 cases with 1,756 deaths attributed to the virus. Most of those who died had pre-existing medical conditions.

Meanwhile Poland, despite having one of Europe’s lowest rates of Covid-19 cases per head of population, didn’t make it onto the Irish government’s so-called ‘green’ list of countries to travel to. On Tuesday of course five destinations were removed from that list, which itself is facing a court challenge by Ryanair.

A military parade scheduled to take place in Warszawa on August 15th to mark the 100th anniversary of the 1920 ‘Miracle of the Vistula’ has been called off due to the Coronavirus situation.

However, despite the tribulations of Coronavirus, this year – no different to any other – on August 1st, Warszawa rang out to the sound of sirens at 5pm marking ‘W Hour’, when the 1944 Uprising against Nazi German rule commenced. Church bells rang out and traffic came to a halt for the minute’s remembrance. This year’s commemorations were restricted due to limitations on the size of public gatherings, with some events held online.

The Warszawa Uprising lasted for a total of 63 days before being suppressed by Nazi forces. It’s estimated that 18,000 members of the Polish resistance and 200,000 civilians died in the fighting.

Also on Saturday President Andrzej Duda laid wreaths at a monument to the victims of the Wola massacre committed by Nazi German forces in the western district of Warszawa during the early days of the uprising. It’s estimated that between 30,000 and 65,000 people were killed between August 5th and 12th, 1944, including both captured Polish Home Army soldiers and ordinary Polish civilians. Up to 10,000 civilians are thought to have died on August 5th alone.

On Monday the extraordinary control and public affairs chamber of the Supreme Court formally approved the validity of last month’s presidential election, won by incumbent head of state Andrzej Duda. It was reported on Sunday evening that the court had decided that while 92 legal challenges to the vote were justified, either in whole or in part, none of them were so significant as to undermine the result of the ballot. A total of around 5,800 election protests were made to the Supreme Court including over the difficulties experienced by overseas electors in registering to vote. Despite encouraging the submission of election protests, Platforma Obywatelska, the main opposition party, of defeated challenger Rafał Trzaskowski accepted the result of the vote.

In a statement on Monday the Pentagon confirmed that quote ‘the United States and Poland have completed negotiations on the Enhanced Defense Cooperation Agreement (EDCA), building on our existing security cooperation and cementing our long-standing defense partnership’. The statement by U.S. Defense Secretary, Mark Esper, said that the agreement ‘will enable an increased enduring U.S. rotational presence of about 1,000 personnel, to include the forward elements of the U.S. Army’s V Corps headquarters and a Division headquarters, intelligence, surveillance and reconnaissance capabilities, and the infrastructure to support an armored brigade combat team and combat aviation brigade’. This will be in addition to the 4,500 U.S. troops already stationed in Poland on a rotational basis. Last week the United States confirmed the withdrawal of 11,900 out of the 36,000 troops its stationed in Germany with 5,600 of them to be moved to other NATO allies in Europe.

On Tuesday it was reported that the parliamentary investigation into the 2010 Smolensk air crash headed by former Defence minister and prominent Prawo i Sprawiedliwość Sejm member, Antoni Macierewicz has concluded that there were two explosions on board the Polish presidential jet on April 10, 2010. 96 people, including then Polish President Lech Kaczyński, died in the tragedy. Interim conclusions from the fresh investigation instigated by Prawo i Sprawiedliwość, who rejected the outcome of the previous official investigation, were given to the Sejm’s defence committee last week. According to the investigation traces of explosives were found in the wreckage of the plane. The committee was told that ‘There is no doubt that the tragedy was the result of a series of deliberate actions, both in terms of ​​the overhaul of the Tu-154M aircraft… the preparation of the official government delegation to Katyn, the deliberate, erroneous way the plane was guided in to land a thousand metres before the airport by Russian air traffic controllers, and also the emergencies and explosions that ultimately destroyed the Tupolev.’

On July 25th Ziobro told a press conference that the Istanbul Convention undermines parental rights and that Poland’s own legal system provides sufficient protection for women. He said the government was commencing steps to withdraw Poland from the treaty.

The comments by Ziobro provoked street protests in Warszawa and other Polish cities against any move to withdraw from the treaty, while the Secretary-General of the Council of Europe said in a statement that ‘announcements by government officials that Poland should withdraw from the Istanbul Convention are alarming’. France’s European Affairs minister said that Poland could be penalised in financial terms from the EU budget if it withdraws from the treaty.

In the aftermath of President Duda’s re-election victory Prawo i Sprawiedliwość chairman, Jarosław Kaczyński, indicated in an interview with Polish Radio that there’ll be a government reshuffle saying ‘I believe this will happen directly after the holidays’. He said that ‘there will certainly be personnel changes’ but that Mateusz Morawiecki would remain as Prime Minister. Kaczyński said that the purpose of the reshuffle would be to streamline government decision –making.

Kaczyński doubled down on the reshuffle plans this week telling state news agency PAP that it would take place ‘in September or no later than the start of October’ saying ‘This is a plan that includes a far-reaching reduction in the number of ministries and a merger of various departments so that they are overseen by a single minister.’ He said that the number of ministries would be cut to ‘around 12’ from the current 20.

In an extraordinary tail from the second half of July, Sławomir Nowak, who served as Poland’s Transport minister from 2011 to 2013 during the then government led by his Platforma Obywatelska party, was arrested by the Central Anti-Corruption Bureau as part of a probe in cooperation with Ukrainian investigators into an alleged fraud case. He’s been accused of masterminding a bribery scheme while serving as head of Ukraine’s State Road Agency from 2016 to 2019, subsequent to his period in the Polish cabinet. He’s been charged with ‘managing an organised criminal group that benefited from corruption’ according to the District Prosecutor’s Office in Warszawa. Press reports indicate that further charges are likely.

Finally, the Irish poet and TCD graduate Sinéad Morrissey has been awarded the 2020 European Poet of Freedom Literary Award by the city of Gdańsk. The award, which aims to promote European poetry, is for a collection of poems entitled On Balance. The award presentation will take place in Gdańsk on August 31st.