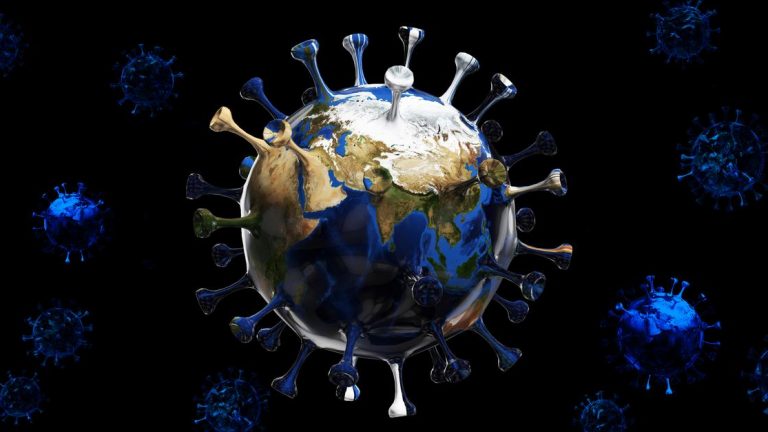 Unfortunately for all of us the plan has been already made: the vaccine against the Covid-19 will be ready soon and it will be developed even before the canonical minimum time which – according to normal medical protocols – should take at least 7 years (ask any virologist if you don’t believe me). Instead it will be ready in less than 1.5 years (please check latest Bill Gates’s declarations online if you don’t believe me).

Confined at home, and heavily restricted outside by “practicing” anti-social distancing rules heavily advertised every now and then on radio channels and on TV. This is how people are kept at the moment (with “fear”). Initially with the excuse of deaths and now that we don’t have as many deaths as we used to (and with the virus mutating) using the word “asymptomatic”. We simply get fucked and circumvented with words.

People are now slowly slowly getting less “social” and the only way to communicate and be informed is by using digital media. There’s only one problem: the majority are controlled and if you try to share articles or videos online which clearly explain that this is NOT a pandemic (ATTENTION: I am not denying the existence of the Covid-19: I am just saying that this is not a pandemic) then your post gets either removed or you can’t even share it: I tried – for example – to share the latest movie entitled “PLANDEMIC” available in an independent TV platform called “London Real TV” two days ago and I have realized that this video “violates” the community rules of both Youtube and Facebook. This is censorship!

On top of that we forget that when performing a research on line of any type we normally use Google, right? Good. The problem is that Google knows already everyone’s digital profile (think about cookies, browsing history, likes left on social medias, installed apps, shares, etc…) and based on that it is able to filter researches at any time: it’s not a secret that political elections can potentially be (and have been) influenced by Google and social media like Facebook. Anyhow, my all point here is that we are slowly slowly getting reduced to a “virtual” society with “controlled” ways to communicate along with censorships.

On another note (just to show you how big the conflict of interest of Google is) let me bring your attention to a small fact: Google is involved in the production and sales of vaccines and let me explain to you why (just bear with me): Google is owned by a company called “Alphabet”. This company owns (among the others) two companies called “Calico” and “Verily”. This one (formerly called “Google Life Sciences”) collaborates with a number of pharmaceutical companies to produce medicines and vaccines.

In 2016 Alphabet closed a 715 millions of dollars deal with the “Glaxosmithkline” to create “GALVANI Bioelectronics”. This is a company which aims to the development of bioelectronic medicines and vaccines by extracting medical information from Google users (a new class of medicines consisting of miniaturised, implantable devices). If you don’t believe please check online or some links below that I left for your own reference!

In 2018 Google has invested 27 millions of dollars in a company called “VACCITECH” (again go online and verify yourself) to produce vaccines against prostate cancer and more.

In 2020 VACCITECH has started its work to produce a Covid-19 vaccine!

It’s already decided at the global level and there’s nothing we can do any more. We will get inexorably the vaccine and we will also get a chip implanted under the skin to reach what Bill Gates (go and check online if you don’t believe me) called: DIGITAL IMMUNITY!

Ours is a story which can be compared to the one about the frog which jumps out of a pot with hot water to avoid its death but that gets slowly slowly cooked and killed after being put in the pot with room temperature water!

Just remember: with FEAR you can control the population! FEAR lasts longer!

Facebook and Google have hired as a “fact-checker” the web site:”POLITIFACT” to censor vaccine misinformation but it is a pity (and here it is another conflict of interest) that this website was launched thanks to a grant from the Bill and Melinda Gates foundation (the largest vaccine promoter in the world).

If this is difficult to believe, please check the following links:

here you can find out that The Poynter Institute for Media Studies launched back in 2016 a new initiative to fact-check claims about global health and development through a partnership with fact-checking websites PolitiFact and Africa Check, funded by a from the &