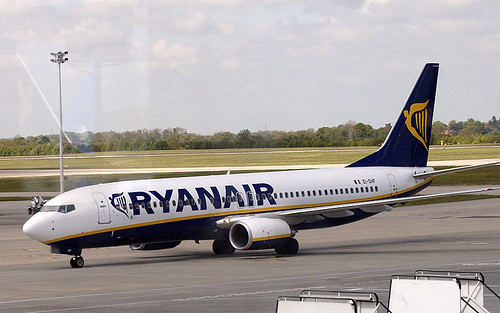 Since last August’s controversial, and widely regarded as rigged, presidential election in her eastern neighbour Belarus, Poland, along with the Baltic states, has been among the most vocal countries calling for strong European and international action against the Alexander Lukashenko dictatorship, and in expressing support for the democratic opposition. Last Sunday’s extraordinary events over the skies of Belarus, which amounted to a case of state hijacking, once again brought the situation in that country to an international audience. It also provided new momentum to the Polish government’s calls for a stiffening of economic sanctions against Belarus.

• Poland signs a deal to acquire drones for its army from Turkey during a presidential visit to Ankara, and

• Robert Lewandowski becomes the top goal scorer in the history of the Bundesliga.

Poland, along with the Baltic states of Estonia, Latvia, and Lithuania, has led calls for EU and international action against the Alexander Lukashenko regime in Belarus ever since the country’s disputed presidential election in August last year. This week the crisis in relations between Belarus and virtually all other countries in Europe with, of course, the very significant exception of the regime’s chief backer, Russia, plunged to new depths following Sunday’s extraordinary diversion of a Ryanair flight en route from Athens to Vilnius to Minsk, escorted by a Mig-29 fighter jet, after air traffic controllers had ordered it to land because of a purported bomb threat. Once on the ground in Belarus, the authorities there arrested a prominent opposition supporting journalist, Roman Protasevich, who faces charges carrying a maximum sentence of up to 15 years in prison for his role in helping to organise demonstrations against the regime. His girlfriend was also arrested.

Belarusian President, Alexander Lukashenko, described the claim the fighter jet had forced the Ryanair plane to land in Belarus as an ‘absolute lie’ and maintained the diversion was a necessary response to the bomb threat. The Belarusian action, likened by many to state terrorism and hijacking, drew a furious international response. Polish Prime Minister, Mateusz Morawiecki, said he’d asked for the question of sanctions against Belarus to be added to the agenda of this week’s EU summit in Brussels. He said that ‘hijacking a civilian plane is an unprecedented act of state terrorism that cannot go unpunished’.

On the first day of their two-day Brussels summit meeting on Monday, EU leaders agreed to sever air links with the country and to urge airlines to fly around its airspace. Steps will also be initiated to ban Belarusian aircraft from European Union airspace. The 27 leaders called for the immediate release of Protasevich, and for an investigation into Sunday’s incident by the U.N.’s International Civil Aviation Organization (ICAO). Commission President Ursula von der Leyen tweeted that ‘We are closing our airspace to planes from Belarus and call on EU airlines not to fly over the country. Further economic sanctions will be presented soon’.

The Polish government has long condemned what it regards as human rights abuses in Belarus, as well as what its termed the targeting of the Polish minority in the country, and called for stronger international action against the Lukashenko regime. On Tuesday, the Polish national carrier LOT confirmed it had suspended flights to Belarus and had ceased using the country’s airspace. A LOT spokesperson said that ‘we have suspended connections to Minsk and mapped out alternative routes for flights over Belarusian territory’.

Last Friday Poland was on the receiving end of another adverse ruling from the European Court of Justice – this time over an environmental rather than a so-called ‘rule of law’ issue. In a case brought by the Czech Republic, the Court ordered Poland to immediately suspend lignite extraction at the Turów brown coal mine near the Czech border in south western Poland, pending a final adjudication. It said the mine was likely to be having a negative effect on groundwater levels in the Czech Republic.

The ruling was greeted with outrage in Poland where an adjoining power plant is responsible for between 4 and 7 per cent of the country’s power output. In March last year the mine’s licence was extended until 2026, but the Czech authorities alleged the mine is causing environmental damage on their side of the border. Cabinet minister Michał Wójcik, a member of Solidarna Polska, commented that ‘This is a scandal. The social and economic costs could be enormous’, adding that the mine had been in operation for decades.

Prime Minister Mateusz Morawiecki said that the ruling went against the fundamental principles of the European Union, saying in a statement that European Court decisions must not threaten the energy security of member states. Referring to the Turów mine, he said that ‘Its stable operation guarantees that Polish households, schools, hospitals, and enterprises are able to function’ and that ‘it affects the security, health and existence of millions of Poles’. He said that the order to immediately suspend work at the coal mine pending a final court ruling was ‘disproportionate’ and ‘unfair’.

Given the close relations between the Polish and Czech governments in recent years, and the two countries’ long-standing cooperation in the context of the Visegrad group, it wasn’t surprising that  Morawiecki quickly moved to resolve the issue on a bilateral basis. Following talks in the margins of the EU summit meeting in Brussels, he said on Tuesday that the Czech government had agreed to withdraw the case it filed against Poland over the Turów mine, and said the two countries were close to a resolution of the issue. He was quoted as saying that ‘Given the tightening of cross-border cooperation with the Czech Republic, it seems that we are already very close to an agreement’. He added that ‘As a result of this agreement, the Czech Republic agreed to withdraw it’s lawsuit in the ECJ’. He said that Poland and the Czech Republic ‘have agreed to establish an expert committee to investigate environmental issues’ with the Turów mine, and that the Polish state-owned power company PGE Polska Grupa Energetyczna, which operates the mine, would take additional measures to reduce the outflow of groundwater from its operations, and construct embankments to help contain dust.

This week President Andrzej Duda has been on an official visit to Turkey which focused on strengthening both defence and economic cooperation. On Monday Duda, who was accompanied on the visit by Deputy Prime Minister Piotr Gliński and Defence Minister Mariusz Błaszczak, held talks with his Turkish counterpart, Recep Tayyip Erdoğan. Polish presidential aide Krzysztof Szczerski said the two leaders discussed security cooperation ahead of NATO’s forthcoming Brussels summit. On what he described as ‘an important day for our safety’, Defence Minister Błaszczak signed a contract for the supply of 24 Turkish Bayraktar TB2 combat drones. On Tuesday Duda met with members of the Polish community in Turkey, and also with Polish troops stationed in the country as part of NATO.

In economic news, data released on Monday by the Główny Urząd Statystyczny, or Statistics Poland in English, showed industrial production up a whopping 44.5% in April 2021 compared to April 2020 starkly illustrating the economic hit the country suffered last spring. Compared to March 2021 industrial production, April output was actually down by 9.2%. The sharp increase compared to the same month last year boosted hopes of a swift economic recovery.

Well he did it in the end, not that really many of us doubted that he would; he did make rather hard work of it though. We’re talking of course about Saturday’s outstanding achievement by Polish soccer legend, Robert Lewandowski, in becoming the German Bundesliga’s top goal scorer ever. In the 90th minute of the last game of the season Lewandowski hit the back of the net in his side’s 5-2 win against Augsburg meaning he’d scored his 41st goal of the season, and in doing so surpassed the long-standing record set by Gerd Müller in the 1971/’72 season. Lewandowski tweeted afterwards ‘Never stop dreaming’.

In the process he was of course crowned top scorer in the Bundesliga’s 2020/’21 season, and this for the sixth time since he started playing in Germany in 2010. His haul this season was 7 more than the 34 goals he scored for Bayern Munich in the 2019/’20 season. His spectacular performance this season in Germany also saw Lewandowski named the top scorer in Europe’s top football leagues for this season, finishing well ahead of Lionel Messi on 30 goals to claim the European Golden Shoe award.

Let’s just hope the Irish side doesn’t have to face him anytime in the near future!