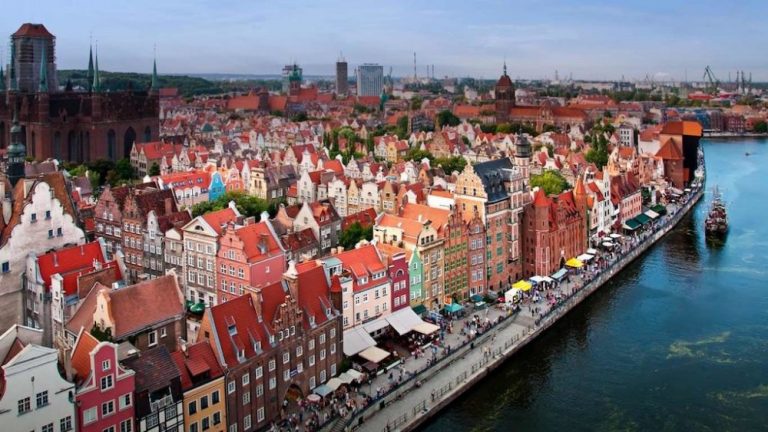 The past week in Poland has seen a continued increase in reported Covid-19 cases with the government taking yet further steps along the road of increased restrictions and closure of businesses. Meantime, Warszawa has seen a mass protest demonstration against the Constitutional Tribunal decision severely restricting the legal grounds for obtaining an abortion, as President Duda proposes new legislation on the question.

The main news stories have included:

· A Wrocław hospital successfully treats an Irish toddler for a rare throat condition.

The spike in Covid-19 cases and deaths in Poland, as in many other European countries, has continued over the past week. Yesterday authorities reported the highest number of both cases and deaths since the outbreak began with 24,692 new cases and 373 deaths of which 316 had pre-existing conditions. Wednesday’s figures marked a continuation of a recent trend of increasing case numbers, albeit the rate of increase does appear to be tapering off slightly in recent days.

As of Wednesday, the latest additions bring the total number of Covid-19 cases in Poland to 439,536 with 6,475 deaths, the authorities stated. Tuesday had seen 19,364 new cases reported and 227 deaths.

The increase in reported cases comes despite Poland having already implemented severe restrictions in response to the latest upsurge at an early stage. Further measures were unveiled this week including an announcement from Prime Minister Mateusz Morawiecki that staff in public administration and government offices would now be routinely working from home for two weeks from Tuesday. Staff can be exempted from the requirement for ‘essential duties’.

At a press conference on Wednesday Morawiecki announced a swathe of new measures including the moving of education for younger pupils online from next Monday. Up until now they had continued to attend school in person while secondary schools and universities were only operating by distance learning. He said ‘It seems that November will be one of the most difficult months’ and warned this was the last step in an attempt to avoid a severe national lockdown, with what he termed ‘very strict bans on travel and movement’.

From Saturday many shops located in shopping malls except for the likes of grocery stores and pharmacies will have to close, as well as cinemas, museums and theatres. Hotels will only be allowed to cater for business guests. The measures will be in effect for at least three weeks. Morawiecki called on people to stay at home, work remotely, and for those protesting against the Constitutional Tribunal abortion ruling to only do so online. Health Minister Adam Niedzielski said that ‘even in an optimistic scenario, we see stabilisation of the number of cases taking place at 25,000 to 30,000 cases a day’.

Last Friday, in an unusual move, Morawiecki announced that cemeteries would be closed from Saturday to Monday, to prevent the traditional influx of next of kin of the deceased for All Saints’ Day and All Souls’ Day. Morawiecki said the government had delayed making the decision in the hope the number of new reported cases would decline, but said that ‘we do not want to cause increased risk as a result of large groups of people gathering in cemeteries or on public transport’. The government had previously said it wasn’t proposing to take such a measure due to the importance of All Saints’ Day for Poles. Usually millions of people visit cemeteries at this time, often travelling long distances to the graves of deceased loved ones. Catholic bishops urged people to instead pray for the dead at home.

Poland’s first temporary field hospital to treat Covid-19 cases opened at the National Stadium in Warszawa at the weekend. There are plans to set up additional temporary facilities, which could be used if the regular health service becomes overwhelmed. The temporary hospital at the National Stadium is ultimately expected to have 1,200 beds including 100 intensive care beds. It was expected to start taking in its first patients from Wednesday. The Ministry of State Assets has announced that eight state-owned companies are to build 15 temporary hospitals providing nearly 3,000 extra beds, confirming an initiative announced in principle last month.

On Tuesday, Warszawa Mayor Rafał Trzaskowski sacked Deputy Mayor Paweł Rabiej, who had responsibility for health matters, for going on leave during the current situation.

The reverberations of the Constitutional Tribunal’s October 22nd ruling on Poland’s abortion laws, which struck down the grounds of foetal abnormality, have continued over the past week. Last Friday, Warszawa saw a mass protest demonstration of approximately 100,000 people against the decision. There have been indications though that the leadership of the protest movement has a much broader agenda in terms of liberalisation of society and even issues such as increased health expenditure, which goes well beyond the question of the Constitutional Tribunal ruling.

In an apparent effort to defuse some of the controversy, which has been widely reported on abroad, President Andrzej Duda said last Friday he had proposed a new abortion law to parliament which would be somewhat less restrictive than that envisaged under the Constitutional Tribunal ruling. It would allow terminations in cases where the foetus has serious defects and would be born dead. Duda said he understood the concerns of some women following the Constitutional Tribunal ruling and had consulted with experts including doctors and lawyers before submitting the bill to amend the abortion law. He said his proposal would respect the ruling that termination of a malformed foetus was unconstitutional but would allow an abortion in cases where ‘prenatal tests or other medical procedures point to a high probability that a child will be born dead or…with an incurable disease or defect which will inevitably and directly lead to the child’s death’.

Despite the announcement and a plea from Prime Minister Morawiecki for the mass protest to be called off due to the Covid-19 situation, it went ahead later on Friday evening. Warszawa police said that while the protest had been illegal, it was ‘very orderly’. The protestors gathered in the city centre before marching to the Żoliborz district where Prawo i Sprawiedliwość leader and Deputy Prime Minister, Jarosław Kaczyński, lives. Protests also took place in many other cities.

On Monday protesters, who have been mainly though not exclusively women, blocked several major traffic arteries in downtown Warszawa including at Trasa Łazienkowska and the Charles DeGaulle Roundabout. They then marched to the parliament buildings.

Polish government leaders have joined in the international condemnation of the terror attacks in Vienna which have been attributed to an Islamist extremist. President Duda sent a message of condolence to Austrian President Alexander Van der Bellen in which he described the attacks on multiple locations in Vienna in which four people were killed and 23 injured on Monday night as ‘barbaric’ and said that Poles expressed ‘their firm opposition to cowardly acts of violence motivated by fanaticism and hatred’.

Last Friday President Duda signed an amended state budget for this year into law, much different to the balanced budget originally planned. Instead it provides for an anticipated deficit of 109.3 billion zloty or around €23.6bn. The budget is based on a projected fall of 4.6% in GDP this year, compared to an original forecast of growth of 3.7%.

Let’s finish on some positive health-related news. It was reported on Tuesday that Polish doctors at the University Teaching Hospital in Wrocław have successfully carried out a complex throat procedure involving four operations on a six month old baby girl from Ireland, to reconstruct an overgrown esophagus. It’s a rare congenital defect which occurs in one in every 3-4,000 children and in this case it was an especially rare form of the condition. The toddler had been receiving medical treatment in Dublin but required specialist intervention that has been pioneered by Professor Dariusz Patkowski, head of the Department of Paediatric Surgery and Urology at the Wrocław hospital. Professor Patkowski has performed the procedure over 200 times since he became the first surgeon in Poland to do so in 2004, and has travelled abroad to many countries to teach foreign doctors on the procedure. The toddler, who can now be fed orally and eat from a bottle, and her mother, returned home to Ireland last Friday after almost a month in Wrocław.