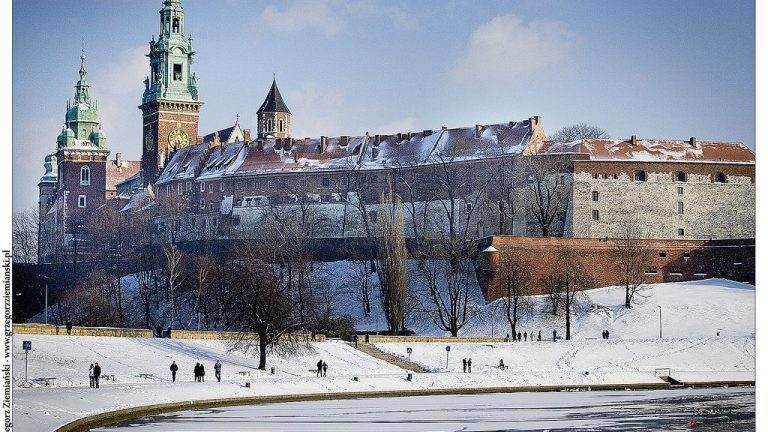 Welcome to our first update of 2021 in which we’ll bring you up-to-date with the most important developments in Poland over the festive period. This far into 2021 unfortunately not much seems to have changed in terms of the topics dominating the headlines whether in Poland or indeed in Ireland, so we’ve also lined up some lighter stories for your enjoyment.

Poland’s main news stories since our last update have included:

· Antoni and Julia are the top baby names for boys and girls respectively in Poland in 2020, and

· a woman is in the race to be a Hejnał Mariacki bugler in Kraków.

The Polish government announced before Christmas that a ‘national quarantine’ will run from December 28th to January 17th during which time additional restrictions apply including the closure of most stores in shopping malls. Restrictions were also put in place to limit public gatherings over the New Year period with many planned events cancelled or moved online. People were urged to remain at home on New Year’s Eve although plans for a formal curfew from 7pm on December 31st to 6am on January 1st were dropped in the face of questions about it’s legality in the absence of a state of emergency being declared.

On December 27th a nurse at a Warszawa hospital became the first person to be officially vaccinated against Covid-19 as part of the new government vaccination initiative. A media campaign under the tagline Szczepimy Się (‘Let’s Get Vaccinated’ in English) has been launched to encourage take-up of the vaccine. People not already covered as part of a priority group will be able to sign-up for vaccination once supplies allow from January 15th.

As of today the total number of reported Covid-19 cases in Poland stood at 1.34m with over 30,000 deaths, albeit a large majority of which involved people with other serious underlying health conditions. 14,151 new infections and 553 new deaths were reported on the day. On Tuesday afternoon Chancellery minister, Michał Dworczyk, said that ‘114,000 doses of vaccine have already been administered to Poles across the country, with 250,000 more already scheduled for next week’.

In his New Year’s address President Andrzej Duda said he hopes that 2021 will see ‘a gradual recovery of normal life’ as the vaccine is rolled out. He said that 2020 ‘proved to be extremely difficult for us all…a year full of sacrifice, tragedies, and suffering.’

On Monday the energy news website energetyka24.com reported that a major Norwegian contractor is ending its work on the controversial Nord Stream 2 natural gas pipeline in the face of expected further U.S. sanctions targeting entities supporting the project. The website reported that the company has refused to certify the pipeline upon its completion ‘in accordance with the sanctions and as long as they are in force’. Both the U.S. and Poland have strongly opposed the Nord Stream 2 project.

A further hike in Poland’s national minimum wage kicked in on New Year’s Day, although the figure remains well below the actual average monthly wage. The increase brought the minimum monthly wage to 2,800 złoty or around €615 up from 2,600 złoty in 2020 and just 2,250 złoty in 2019. The minimum hourly rate is now 18 złoty 30 grosze. The increases are in line with Prawo i Sprawiedliwość election promises. The Central Statistical Office said last month that the average monthly wage in November was just over 5,484 złoty.

In an interview with the Rzeczpospolita daily published on Monday, December 21st, Prawo i Sprawiedliwość chairman, Jarosław Kaczynski, confirmed that he will stand again for the position of party leader at the next party congress, but added that it would be for the last time saying ‘There is no tradition of gerontocracy in Poland’. He said that ‘Of course this is not an announcement of my departure. If only Covid-19 passes, there will be a congress and elections within Prawo i Sprawiedliwość. This time I will still run. But it will definitely be the last time.’ Prawo i Sprawiedliswość had been expected to hold a party congress last autumn with the chairman of the Executive Committee, Krzysztof Sobolewski, saying in November he hoped a congress would take place early in 2021 but subject to the Covid-19 situation.

While many things change from one year to the next, one annual constant looks to be the slew of awards that descend on soccer star Robert Lewandowski at the end of each year. The Pole was earlier this week named the European Sportsman of the Year by the journalists of the International Sports Press Association. It was a double win for Poland as tennis player Iga Świątek, who sensationally won the French Open Women’s Singles in 2020, was named the Sportswoman of the Year. Lewandowski, who plays his club football with Germany’s Bayern Munich, was in mid-December named by FIFA as the winner of their 2020 Best Men’s Player award and as the Player of the Year at the Globe Soccer Awards in Dubai. Lewandowski was also voted the top European athlete of 2020 in the annual poll conducted by Poland’s PAP news agency ahead of Britain’s Lewis Hamilton. The 32 year-old striker scored 47 goals in 44 games for club and country last year.

Julia and Antoni were respectively the most popular girls and boys baby names in Poland in 2020 according to the Ministry of Digital Affairs. Next on the list for girls were Zuzanna and Zofia with Jan and Jakub coming next for boys. Zuzanna had been the top girls name in 2019 with Julia in second place while the top three names for boys were unchanged over both years.

While New Year festivities in Poland were hugely muted this year due to Coronavirus – related restrictions, 2021 is a year which has been designated the Year of Cardinal Stefan Wyszyński, with a host of events planned to pay tribute to the memory of the legendary Polish primate who led the Roman Catholic Church during much of the Communist era. The Senate last month passed a resolution designating 2021 in honour of Wyszyński, who died in May 1981.

Many of us of course were not sorry to see the back of 2020 but there’s been an interesting survey in Poland as to how people view the year with on the face of it surprising results. A survey conducted by pollster CBOS from November 30th to December 10th found that just over 50% of those surveyed regarded 2020 as a good year for themselves personally with 48% saying it was on the whole positive for their families. One in five of those surveyed rated 2020 as a bad year for them personally. However, those figures, albeit better than you might have expected given the way the year turned out, still see 2020 regarded as one of the worst years in the last two decades, the pollster said. 59% of respondents said 2020 had been a bad year for the country as a whole.

The Honorary Polish Consul for Northern Ireland, Jerome Mullen, was awarded an OBE in the Queen’s New Year Honours list. The award has been made for services to the economy of Northern Ireland and to Polish – Northern Irish relations and well as for his role as Director of Newry Chamber of Commerce.

The Hejnał Mariacki tune played by buglers from the Kościół Mariacki in Kraków is one of the most famous symbols of Poland and 2021 could well bring a change in a least one of the centuries old traditions associated with it. A woman has made the shortlist of five for one of two vacant bugler posts to join the seven strong team which has been male-dominated for over seven centuries. The bugle call is played on the hour every hour being repeated from each of the four windows in the tower, with the tune being famously cut-short in the middle of the final cadence, according to one legend because an 11th century bugler was shot in the throat by an arrow while raising the alarm about a Mongol invasion. Whoever the successful candidates are, men or women, let’s hope that fate doesn’t befall them!