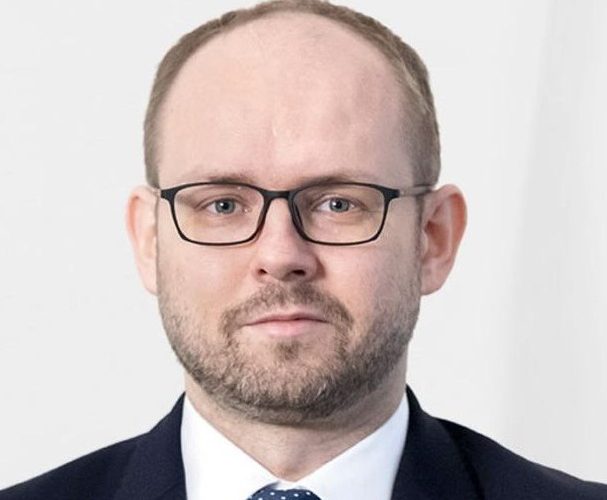 Poland has experienced a continuing increased in reported Covid-19 cases over the past week despite the already draconian restrictions and encroachments on civil liberties imposed by the government. Notwithstanding the evident failure, judging by their own measure, of the steps taken to date, the government further doubled-down on them with four provinces now under lockdown forcing the closure of most businesses and recreational outlets, deemed non-essential. On the directly political front, following a sharp decline in popularity in recent months, Prawo i Sprawiedliwość is looking for something of a political relaunch this coming Saturday, with the scheduled unveiling of a new national development strategy dubbed Polska Nowy Ład.

• Belarus and Poland engage in a further round of expulsions of each other’s diplomats as bilateral relations plummet, and

• the Polish-born cinematographer, Dariusz Wolski, is nominated for an Oscar for his work on the film News of the World.

In response to the situation there has been an increase in the number of provinces where a severe lockdown has been reimposed involving the closure of most retail and recreational outlets deemed non-essential. This measure was already in place in the north-eastern Warmian-Masurian Voivodeship, where shopping malls, cinema and other cultural institutions have been closed and schooling has been confined to online classes since February 27th. On Saturday the same measures came into force in the northern Voivodeship of Pomerania and on Monday it was extended to the central Voivodship of Mazowieckie, which includes Warszawa, and to the western Lubuskie Voivodeship.

On Tuesday it was announced that one of Poland’s four Deputy Prime Ministers, Jarosław Gowin, who also heads the Porozumienie party that forms part of the ruling coalition, has been hospitalised suffering from Covid-19. A spokesperson for his Ministry of Development, Labour and Technology described his condition as ‘stable’ adding that he is ‘in constant contact with his colleagues’. Gowin had announced his Covid-19 diagnosis last Sunday on Twitter saying ‘It got me too in the end’, adding that ‘Let those who can, get vaccinated! We’ll overcome this filthy thing soon!’.

The Polish government, at least for now, is pressing ahead with use of the AstraZeneca vaccine whose use has been suspended by a number of major European countries amid concerns about possible serious side-effects. The cabinet minister responsible for the vaccination campaign, Michał Dworczyk, said that if the European Medicines Agency recommended suspension of its use, Poland would ‘immediately’ cease to use it. Officials have argued that use of the AstraZeneca vaccine remains supported by bodies such as the European Medicines Agency and the World Health Organisation. Poland has been praised internationally for the rate of rollout of its vaccination campaign. The latest figures announced on Wednesday show that to date 4.61m Covid-19 vaccines have been administered. This figure is comprised of 2.98 million people who’ve received a first dose and 1.62m having received both shots.

The leaders of Poland’s Zjednoczona Prawica ruling bloc look to have concluded that their government needs something of a political relaunch and should focus attention on their positive vision for the future. Last Saturday Prawo i Sprawiedliwość released a video featuring party leader Jarosław Kaczyński and Prime Minister Mateusz Morawiecki giving a teaser of its future plans to be formally launched at a party convention this Saturday under the heading Polski Nowy Ład or ‘Polish New Deal’, which it tagged as a ‘great program for the development of Poland’.

It’s understood that the ‘New Deal’ – a term synonymous with the program of public works and other economic stimulus measures launched by the Roosevelt administration in the U.S. in the 1930s – will focus on areas including improving health and social services, economic development, education and environmental protection. Kaczyński said in the video that ‘We’re already thinking about the future, which is why we have prepared a comprehensive program that will allow Poland to develop even faster, and provide Poles with well-paid jobs’. It’s been trailed as a major announcement prefiguring ‘very big changes’ and of similar importance to major initiatives such as the so-called Kaczyński Five. Prawo i Sprawiedliwość has seen its poll ratings decline from the high ‘30s / low ‘40s of recent years to just over 30% over the past six months under the impact of factors including Covid-19, the controversial Constitutional Tribunal abortion ruling and dissension within the governing coalition. Of course, official plans do not always work out. Work has begun on dismantling what was meant to have been Poland’s last new coal-fired power station, known as Ostrołęka C, in north eastern Poland. The project was abandoned after state firms had already spent over 1.5 billion złotych on it, with the site now to be used for a gas-fuelled plant.

A diplomatic war of tit-for-tat expulsions between Belarus and Poland has escalated over the past week with a further two diplomats being expelled by each side, bringing the total to three. The affair had started with the expulsion of the Polish Consulate General in Brest on the pretext of taking part in an event to honour the Żołnierze Wyklęcki, Poland’s post-Second World War anti-communist resistance fighters. Poland had responded by expelling a member of staff of the Belarusian embassy based on the principle of reciprocity citing the Belarusian action as ‘unfriendly’ and ‘unjustified’.

Above: Marcin Przydacz, Undersecretary of State in the Polish Ministry of Foreign Affairs (Photo: “File:Marcin Przydacz.jpg” by MSZ is licensed under CC BY 3.0)

Last Friday, Marcin Przydacz, an Undersecretary of State in the Ministry of Foreign Affairs, announced the expulsion of two Belarussian consuls is reciprocation of a similar move by Belarus. He said that ‘in view of the continuation of unfriendly gestures by Minsk towards Polish diplomats’, the Belarusian Consul General in Białystok and a consul in Warszawa were being expelled. The wider context is of course the internal opposition to the dictatorial regime of Belarusian President Alexander Lukashenko, following the disputed elections in the country last August, and Poland’s very public support of the democratic opposition in its eastern neighbour.

The new Polish head of the International Criminal Court based in The Hague has claimed that ‘Poland would not be admitted to the European Union today’ based on the current state of the rule of law in the country. Piotr Hofmański, who was elected to the role last week, said in an interview that ‘an independent judicial system is one of the basic conditions for being an EU member’ and that Poland no longer satisfies this criteria, claiming that the judicial system has been ‘taken over by the executive’. He referenced the case of the suspended judge Igor Tuleya, saying his case should not have been adjudicated on by the disputed Disciplinary Chamber of the Supreme Court. The Polish government’s position is that the judicial reforms are necessary to make the legal system more efficient and eliminate vestiges of Communist era influence, and that a section of the judiciary who oppose them have been causing legal chaos in the country.

Meanwhile, this week the European Parliament Committee on Civil Liberties, Justice and Home Affairs returned to one of its favourite topics holding a debate on the so-called rule of law issue in Poland including alleged encroachment on the independence of judges and prosecutors. MEPs urged Justice Commissioner Didier Reynders to increase pressure on the Polish government over the issue.

Poland, for once, has scored a victory in the European Union Court of Justice which on Tuesday rejected an appeal by the Commission against an earlier EU court ruling that a progressive retail tax in not a violation of state aid rules. The Commission had argued that tax rules which came into force in September 2016 could favour smaller shops and had ordered Poland to suspend its application, which it did. Poland appealed against the decision and in 2019 an EU court found that the Polish retail tax couldn’t be classified as state aid.

Finally, a leading Polish-born cinematographer is in the running for an Oscar. Darius Wolski was among the list of nominees announced by the Academy of Motion Picture Arts and Sciences on Monday, for his work on the movie News of the World which starred Tom Hanks and was directed by Paul Greengrass. Wolski is among five nominees in the Cinematography category. News of the World is based on the story of a veteran of the American Civil War who embarks on a risky journey to bring an orphan girl to her new home.

Wolski, whose aged 64, was born in Warszawa in 1956 and graduated from the Film School in Łódź before emigrating to the United States in 1979. He’s previously worked on films including the Pirates of the Caribbean series. The Oscar winners will be announced at the 93rd Academy Awards ceremony in Hollywood on April 25th.