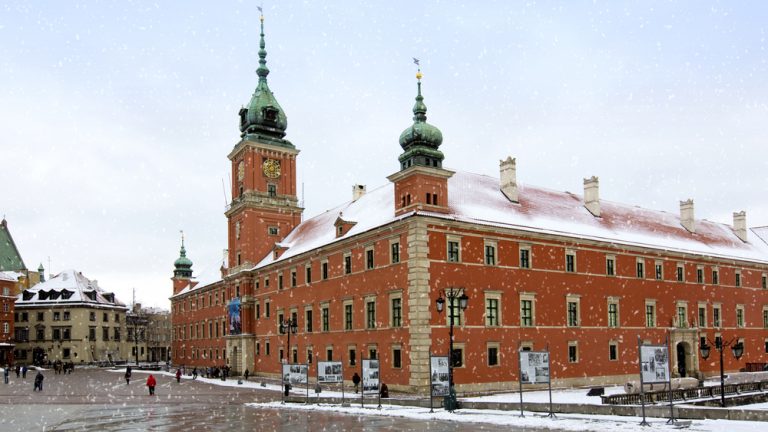 Poland has reported something of a respite in reported Covid-19 case numbers over the past week, with a marked improvement compared to earlier in November. Nevertheless the government has announced only a very marginal relaxation of the restrictions currently in place and with schools, restaurants and gyms all to remain shut.

· The government announces some relaxation of Covid-19 restrictions from this weekend but with schools, restaurants and gyms to remain closed

Last Saturday the government announced that from this coming weekend shops which were previously closed in shopping malls will be allowed to reopen. However, there’s no good news for parents concerning one of the measures with the most impact, especially for working parents – the closure of even primary schools with all teaching moving online. Many parents have highlighted the difficulty of assisting often very young children with online learning while also attempting to perform work tasks from home. The government said that schools will remain closed effectively until January 18th at the earliest, with winter holidays being brought forward. Restaurants, gyms, cinemas and pubs will also remain closed until at least December 27th.

Making the announcement Prime Minister Mateusz Morawiecki asked Poles to show ‘100 days of solidarity that will allow us to better get through this period’. He claimed that by the end of that period a Covid-19 vaccine should have started to become available.

On Wednesday, Poland reported 15,362 new Covid-19 cases and a record high number of deaths, 674, at least partially attributed to coronavirus, but with the caveat that most had serious existing conditions unrelated to Covid-19. Yesterday’s figures brought the total number of reported Covid-19 cases in Poland since the outbreak began to 924,422 with 14,988 deaths.

On Monday a Deputy Health Minister, Waldemar Kraska, warned that the government is considering bringing in restrictions on people visiting their extended families over the Christmas period. Traditionally in Poland Wigilia is an important family occasion involving a major meal on Christmas Eve for which people often travel a considerable distance.

The controversy over the proposed new so-called ‘rule of law mechanism’ which the EU institutions wish to implement, and on account of which Poland and Hungary withheld their consent to the new six year EU budget and Covid-19 economic rescue fund continued this week. Last Thursday the Sejm on a 236 to 209 vote supported a motion backing the government’s tough stance over the attempt to link EU funding to the so-called ‘rule of law’ issue. It warned against any mechanism that contains ‘unclear, imprecise’ rules that could be ‘interpreted in a biased way’.

Last Friday The Irish Times joined in the debate with an editorial entitled. ‘The Irish Times view on the EU budget: a standoff over European values’. As in previous cases of controversies involving the current Polish government the editorial was highly critical of the Polish position and very much reflected the standpoint of the EU institutions. It ended with the following comments which succinctly summarise its message: ‘EU leaders must not back down on this issue of principle. The union’s finances cannot be held hostage. If necessary they must sidestep unanimity provisions by developing mechanisms to raise and dispense money outside the structures of the EU institutions. Or avail themselves of treaty “enhanced cooperation” provisions that allow the euro zone and the Schengen area to develop and apply policy for coalitions of member states.’

It may well be argued however that the editorial writer ignored the point that the question is not fundamentally about respect for the rule of law per se but rather in the view of Poland and Hungary who judges the question of whether or not the rule of law is being respected, as well as the irony of advocating remedies for the alleged hostage holding by Poland and Hungary by setting up new frameworks outside the legal remit of the European Union.

The budget impasse has gained press coverage elsewhere as well. The London-based Financial Times covered the controversy in an article on Tuesday taking the line that the proposed new ‘rule of law’ mechanism may actually never be used in practice. The article said that the draft EU text shows that ‘the EU has arguably missed its opportunity to create a sanctions mechanism with teeth and instead opted for one that may never be used in practice.’ It quoted an unnamed European Parliament official as saying that the new procedure is ‘not a rule of law mechanism but a procedurally flawed anti-corruption tool’ which it said ‘raises the fundamental question of whether the rule of law mechanism will ever be used’. The article cited criticisms by EU officials that the Commission was unlikely to attempt to impose sanctions on any member state, because such a move would likely be struck down in the European courts, with one official concluding that it ‘will never be enforced and will only create political resentment on all sides’.

Poland continues to report relatively strong economic news given the current circumstances. However, following the latest surge in Covid-19 cases and the associated introduction of further restrictions, consumer confidence has taken a severe dent. On Wednesday the Central Statistical Office reported that unemployment in Poland remained unchanged at 6.1% in October for the fifth month in a row. At the end of October there were 1,018,400 people without work compared to 1,023,700 the previous month. The government’s revised 2020 budget envisaged unemployment hitting 8% at the end of the year. The European Union’s statistics agency, Eurostat, has a different methodology for calculating unemployment and it put the Polish jobless rate at just 3.1% in September – which is the second lowest amongst all twenty seven member states.

House building has also been proceeding at a brisk pace in Poland – the Central Statistical Office reported that the number of new home completions was 6.1% higher in the ten months to the end of October compared to the same period last year, with 176,400 completions. However, the number of new housing starts in the same period was down 7.7% at 186,900.

Polish consumer sentiment is down sharply though with the Central Statistical Office reporting that it’s Current Consumer Confidence Index fell 9.2 points in November compared to October to score a negative figure of 29.2. The drop coincided with the sharp upsurge in reported Covid-19 cases as well as further government restrictions on economic and social activity during the same time period.

More than 1,200 academics have signed a letter calling for ‘truth and respect’ for the late Pope John Paul II following recent claims of inaction on his part in the face of paedophilia in the Catholic Church. The letter states that ‘In recent days, we have been observing a wave of accusations made against John Paul II’ with the late Pontiff being ‘accused of covering up cases of paedophilia among Catholic clergy, and there are calls for removing his public memorials. These actions aim to change the image of a person worthy of the highest respect into someone jointly guilty of offensive crimes.’ The letter, whose signatories included former Prime Minister Hanna Suchocka, said that the late Pontiff played a ‘great role in the process of the liberation of the nations of Central and Eastern Europe from the rule of the Soviet Union’ and that he was the ‘spiritual leader of Poles in the Solidarity and martial law period’.

We’ll finish on a lighter – or maybe in this case the more appropriate term is deeper – note. What’s now reportedly the deepest diving pool in the world opened in Mszczonów near Warszawa, last weekend. The 45.7m pool, called Deepspot, will allow divers to explore deep underwater including among artificial underwater caves and a sunken boat. The facility, which cost around 40 million złoty to build, will hold 8,000 cubic meters of water which is 27 times that found in a standard 25 meter swimming pool, the news website onet.pl reported.