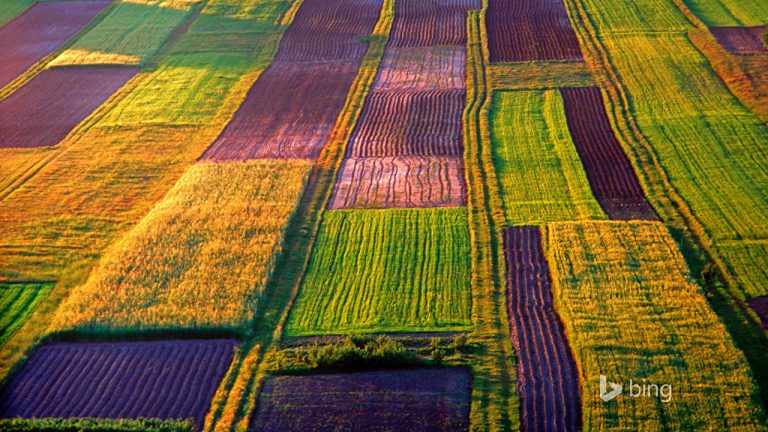 There are few political issues on which one would expect Jarosław Kaczyński to have the support of Lewica, but face strong opposition within the ranks of Prawo i Sprawiedliwość, but the proposed animal welfare legislation that includes a ban on fur farming was just such an issue this week. A protest march by farmers opposed to the measure took place in Warszawa while the Agriculture minister warned of the political price to pay.

Our other main stories this week include:

• Criticism within the ruling bloc of the proposed Covid-19 immunity law for officials who break the law while ‘acting in the public interest’, and

• Poland finally makes into onto the Irish government’s ‘Green’ travel list with a new Red-Amber-Green traffic light type model to be implemented in October.

Parliament is to vote on a new animal protection bill which has been formally tabled by the ruling Prawo i Sprawiedliwość party, aiming to ban breeding animals for their fur, with the exception of rabbits, as well as the use of animals for entertainment. The ban would come into force within a year. A protest by some farmers against the proposed new law look place in Warszawa on Wednesday as the bill was due to be debated in the Sejm. Hundreds of people gathered outside the headquarters of Prawo i Sprawiedliwość in central Warszawa with the crowd chanting ‘Kaczyński: traitor to farmers’.

Prawo i Sprawiedliwość Chairman, Jarosław Kaczyński, has long championed such a ban on animal welfare grounds, but the measure has caused divisions within Prawo i Sprawiedliwość with Agriculture minister Jan Krzysztof Ardanowski warning colleagues that it would cost the party electorally in rural areas. He was quoted as saying in a letter that the party’s ‘image loss will be permanent and very difficult to reverse, and impossible to compensate for by any other means before the next elections’. Opponents of the measure claim that it’ll cause some farmers to go out of business. Poland produces millions of furs each year with the industry employing an estimated 50,000 people.

The ongoing political crisis in Belarus arising from that country’s disputed August 9th presidential election has continued to be a central concern in Poland over the past week. On Monday a further cross-party meeting took place at the Prime Minister’s office in Warszawa, with leaders from across the political divide united in their support of the democratic opposition in Belarus as well as of a sovereign Belarus. Chancellery minister, Michał Dworzyk, said that ‘All the politicians, regardless of their affiliation, the parliamentary caucus or group they represent, are single-minded about the most important issue, which is the sovereignty of Belarus’ adding that ‘no one should interfere in the internal affairs’ of Belarus.

Dworzyk specifically named Russia with whose President, Vladimir Putin, Belarusian leader, Alexander Lukashenko, this week held talks in Sochi, the Russian Black Sea resort. Russia has offered extensive support to the embattled Belarusian President, including setting up a ‘reserve police force’ for potential intervention, if required, as well as promising economic assistance. Protests have continued in Belarus with around 100,000 people demonstrating in Minsk last Sunday in one of the largest protests to date. There have been ongoing reports of a brutal police crackdown on demonstrators and other human rights abuses.

Poland will present a proposal for a large scale program of international economic assistance to Belarus, that’s been dubbed a ‘Marshall Plan’ for the country, on behalf of the Visegrad Group of states at the next meeting of the European Council. The support would be conditional on a move towards democracy including the holding of fresh presidential elections.

The Polish government’s highly controversial proposal to grant immunity, including retrospectively, to public officials who broke the law while allegedly ‘acting in the public interest’ in the fight against Covid-19 looks to be in some difficulty with indications that Solidarna Polska, a junior coalition partner led by Justice minister, Zbigniew Ziobro, is opposed to it. Solidarna Polska Sejm member and Secretary of State in the Ministry of State Assets, Janusz Kowalski, said on Tuesday that ‘It’s the duty of any public official to obey the law, not to take shortcuts’.

As of Thursday morning the total number of reported Covid-19 cases in Poland was 76,571 with 2,253 deaths attributed to the virus, the vast majority of whom already had serious underlying health conditions.

Meanwhile Poland is finally to be added to the Irish governments’ so-called Green travel list, travellers to which are not recommended to restrict their movements for two weeks upon their return. However, Greece and Italy will both likely be removed from the latest iteration of the list which will be reviewed next Monday. On Tuesday Health minister, Stephen Donnelly, said that the list would be updated to include countries where the incidence of Covid-19 is now less than 25 per 100,000 of population which includes Poland, as well as Germany and Sweden.

The airline Ryanair in particular, has long called for Poland to be added to the list, among many other countries, due to its low incidence of Covid-19 infections per head of population. The ‘Green’ list will be abolished in any event next month as Ireland moves to the EU’s ‘Red-Amber-Green’ traffic light system.

The case of the legal difficulties facing the former Transport, Construction and Marine Economy minister in the previous Platforma Obywatelska government, Sławomir Nowak, has been in the news again this week. On Tuesday it was reported that investigators probing an alleged bribery scheme while he headed Ukraine’s transport agency, Ukravtodor, have seized over 4 million złoty in cash that was the proceeds of crime he was allegedly hiding, as well as other assets including two apartments. Nowak was arrested on July 20th by the Central Anti-Corruption Bureau as part of a joint investigation with authorities in Ukraine and subsequently charged with ‘managing an organised criminal group that benefited from corruption’.

A new report released in Poland this week based on polling carried out in June found that 79% of Poles view Russia has a hostile country and that of Poland’s seven neighbours Russia is viewed as the most distant in terms of society and culture. The report entitled ‘Poland – Russia. Social Diagnosis 2020’ on ‘How Poles see Russia, Russians and Polish-Russian relations’ was commissioned by The Centre for Polish-Russian Dialogue and Understanding.

Returning to one of their favourite topics, the European Parliament on Monday held a debate on the rule of law in Poland, an issue arising from the government’s judicial reforms, as well as on LGBT rights in the country. They debated a report on fundamental rights in Poland prepared by the head of the parliament’s Committee on Civil Liberties, Justice and Home Affairs. Commission Vice President, Vera Jourava, said that the Commission would soon decide on how to proceed with it’s infringement procedure again Poland. Prawo i Sprawiedliwość MEP Patryk Jaki, a former deputy Justice minister, said that ‘Banning judges from political activity is a fundamental issue for the independence of courts…. In your opinion, it violates the rule of law.’

On Tuesday, it was announced that Poland is sending several hundred modular homes to assist refugees in migrant camps in Greece and in Syria’s Idlib province. Deputy Foreign minister, Paweł Jabłoński, told a news conference that such humanitarian aid was part of efforts to ‘help those in immediate need’.

The government on Tuesday approved plans to increase Poland’s minimum wage to 2,800 złoty, per month or approximately €630, from the beginning of next year. It’s less than originally promised by Prawo i Sprawiedliwość, whose chairman, Jaroslaw Kaczynski, had pledged last September to increase the figure to 3,000 złoty for 2021 and to 4,000 złoty in three years’ time. Poland’s minimum wage rose to 2,600 złoty per month at the beginning of 2020, up from 2,250 złoty in 2019. However, the sharp deterioration in the economic outlook this year due to the impact of Covid-19 restrictions is being cited as the reason. Alina Nowak, the deputy Family, Labour and Social Policy minister, said that the economic slowdown had caused a change of plans. The average gross monthly wage in July was 5,381 złoty, according to official statistics. There’s been a long standing view among some economists that minimum wage laws run the risk of pricing certain categories of workers out of the labour market.

Finally, on Monday the Minister of Sport and Tourism, Danuta Dmowska-Andrzjuk, announced that athletes will compete in 24 sports during the 3rd European Games when they take place in Poland in 2023, making them the biggest such event since the inception of the Games. She, as well as Deputy Prime Minister Jacek Sasin, held takes in Rome with the European Olympic Committees, an organisation made up of the 50 national Olympic comittees in Europe. Over 4,000 athletes from 50 countries competed in the 2nd European Games in Minsk in June 2019. Sasin said he was glad that in three years’ time Poland will be hosting almost 50 national teams and thousands of fans from our continent.