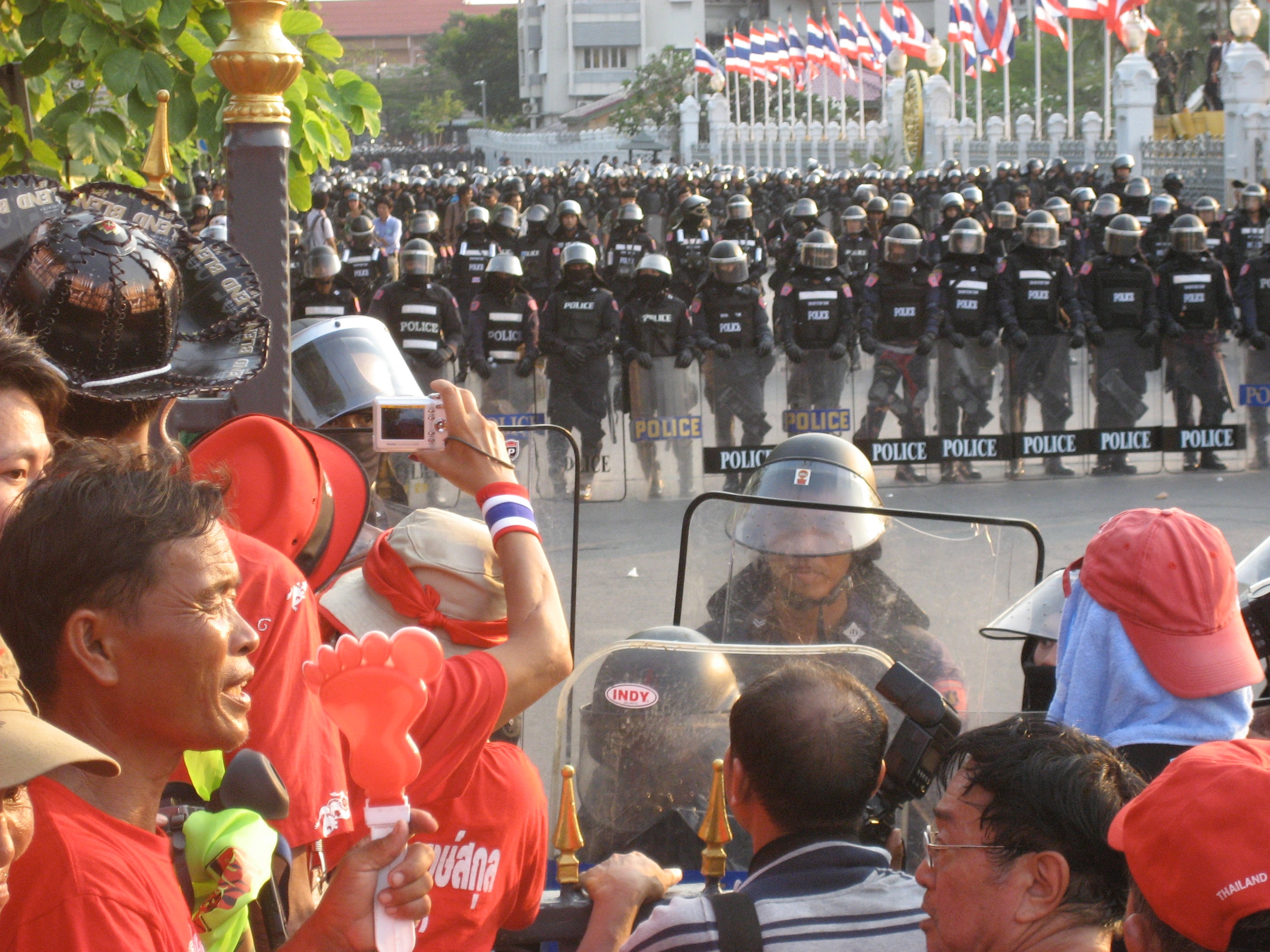 In the face of a state of national emergency, ongoing since March, protesters have called for the ousting of Prime Minister Prayuth Chan-ocha, a former junta leader, and a new constitution. They have also called for reforms to the monarchy of King Maha Vajiralongkorn.

Prime Minister Prayuth Chan-Ocha proposed on Wednesday adding new measures (to be approved on Friday) to the emergency proclamation, called “Declaration of a Serious Emergency Situation in Bangkok” and banned gatherings of five or more people allowing for the arrest of anyone violating the rules. The document also banned reporting and publication of news that could “harm national security” and “cause panic.”

Ten of thousands protesters pushed police barricades, demanding the release of leaders arrested by the police in a Thursday morning raid. The opposition commanders had written a statement calling for reform of the monarchy with 10 demands, including prohibiting the king from endorsing any coups and revoking laws that criminalize insults against King Maha Vajiralongkorn and top members of the royal family. On Wednesday night, government spokesman Anucha Burapachaisri said legal actions would be taken against protesters who disrespected the monarchy.

“We have been suppressed for long. We want an equal society,” says a 26-year-old woman participating in the demonstration. “Success may not come today. But it is another starting point. We will grow continuously from here.”

Another young woman, aged 17, says she feels politics is a “matter for everyone.”

“Thai democracy right now is not the real one.”

Protests have been largely peaceful. The only specific incident cited by the government for the imposition of emergency measures was one in which Queen Suthida’s motorcade was heckled by protesters on Thursday. The next day two of the protest leaders were arrested and now they are facing the possibility of… serving a life sentence over the “lèse-majesté”!

Protesters consist overwhelmingly of young people, mostly students, who perceive the political establishment in their country as hostile to the general population. “It’s clear that Prayuth sees the people as the enemy. And we him,” protest leader Panupong “Mike” Jadnok told the crowd.

“I have to fight for my future,” said Pin, 22, a university student who declined to give her full name for fear of reprisals.

On Friday, protesters in Bangkok, defying a government ban on gatherings for a second day, pushed back against helmeted police who advanced with batons and riot shields. The police fired liquid containing stinging chemicals from water cannon at thousands of demonstrators.

Parliamentary opposition parties, such as Puea Thai, condemned the emergency measures. But the Ministry of Digital Economy, in co-operation with the police, is already preparing to charge social media users, who spread the information about the protest on Facebook and Twitter, invoking the current emergency as the legal base for such Orwellian action.