Trump abruptly escorted out during press conference; a suspect shot outside the White House 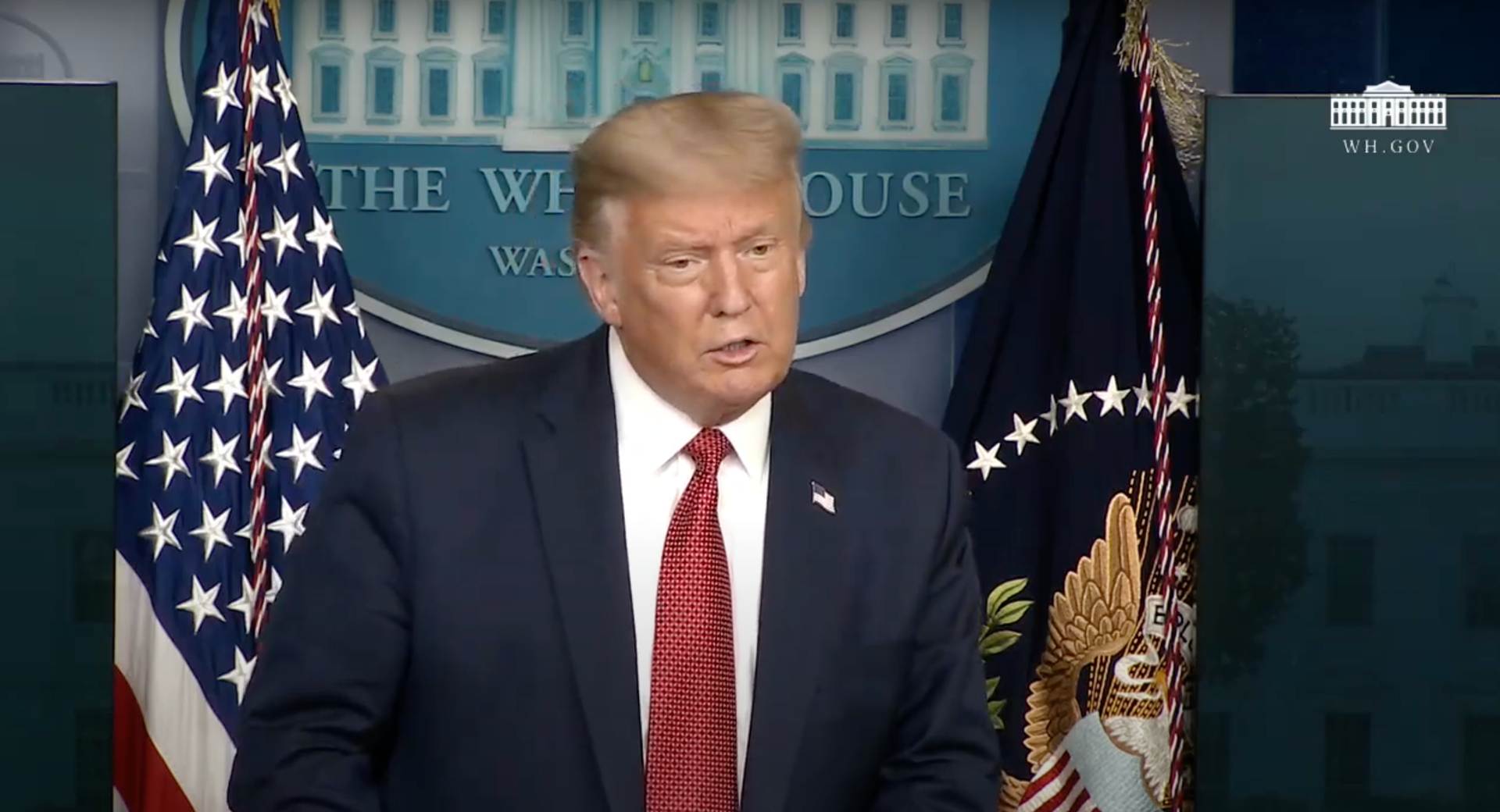 President Trump’s press conference on Monday evening (August 10) was interrupted minutes after it started. POTUS was talking about the stock market going up, when he was approached by the Secret Service agent. Within a few seconds Trump, the agents, other officials and White House aides left the briefing room.

Several minutes later the President was back to continue delivering his speech. When asked about the reasons for cutting the conference short, he said that there was a shooting outside; not on the White House premises, but close to the fence, which has been very well insulated as of recently.

“I’d like to thank the Secret Service for doing their always quick and very effective work, but there was an actual shooting and somebody’s been taken to the hospital. I don’t know the condition of the person. It seems that that the person was shot by Secret Service. (…) It was the suspect that was shot.” – Trump said.

A reporter asked: “Where were you taken, Mr. President? Were you taken to the bunker?”, to what Trump answered that he was taken to the Oval Office area; he also added that “there was nobody else injured, no other law enforcement injured”.

The full report of the incident isn’t out yet, but it seems that the suspect was armed. It is not clear what the shooter’s target was, but POTUS said: “It might not have anything to do with me, it might have been something else”.

Another reporter wanted to know if the President felt rattled; Trump replied: “I don’t know. Do I seem rattled?”. The following question was about his personal safety in the White House. Trump assured: “I feel very safe with the Secret Service; they’re fantastic people. They’re the best of the best and they’re highly trained”.