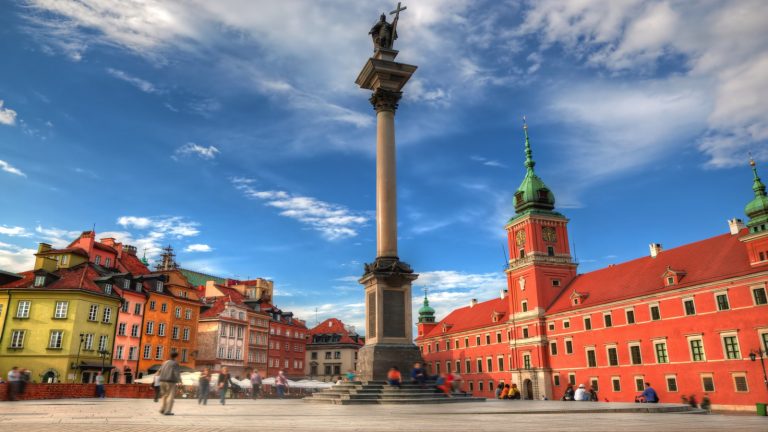 Over the past week developments in Poland over the question of access to abortion have attracted worldwide coverage. It’s a controversial and highly emotive issue arousing passions which listeners in Ireland will be well familiar with.

· Covid-19 case numbers and deaths attributed to the virus continue to increase.

Last Thursday the Constitutional Tribunal issued an important ruling in a case brought over the constitutionality of the abortion regime in Poland, already considered highly restrictive compared to other European countries. It ruled that a diagnosis of serious and irreversible abnormalities in the unborn child is not a legal basis for termination of pregnancy leaving the only legal justifications remaining that the pregnancy was the result of an illegal act such as rape or incest or that the pregnancy poses a threat to the life or health of the mother. In practice there are very few legal abortions in Poland – in 2019 there were 1,110 or which 1,074 gave the reason of fetal abnormality which has now been rejected.

The ruling Prawo i Sprawiedliwość party had faced criticism, including from members of the Roman Catholic hierarchy, for failing to successfully implement legislative steps for a total ban on abortion in Poland since returning to power in 2015, backing off in the face of public protests. However, in December 2019 119 pro-life lawmakers, primarily from PiS, but also from Kukiz’15-PSL and Konfederacja, petitioned the Constitutional Tribunal, Poland’s highest judicial body for constitutional questions, to secure a ruling on the question of whether abortion on the grounds of serious and irreversible birth defects breaches constitutional principles, including the right to life, the prohibition of discrimination, human dignity and the democratic rule of law. That ruling finally came last Thursday. Constitutional Tribunal judge, Justyn Piskorski, said after the ruling that ‘The mere fact of a fetal impairment or an incurable disease cannot decide on the termination of pregnancy from the constitutional perspective.’

Some critics have accused Prawo i Sprawiedliwość and its leader, Jarosław Kaczyński, of using the Constitutional Tribunal to do something they didn’t want to pay the political price of doing themselves legislatively. The controversy over the ruling is linked to wider political arguments in Poland including about the influence of politics in the judicial process. The role of the Constitutional Tribunal and the way appointments have been made to that body have been at the centre of these conflicts which have fed into the various enforcement actions taken by the European Commission against Poland as part of the so-called ‘rule of law’ issue.

The reaction to the ruling was along anticipated lines with Catholic Church figures and conservative politicians warmly welcoming it. These included Konfederacja’s former presidential candidate, Krzysztof Bosak, who tweeted ‘The only possible ruling consistent with the constitution was made. Pity we had to wait so many years for justice!’. In contrast Krzysztof Gawkowski, the leader of the Lewica parliamentary club claimed that women will now have to ‘give birth to terminally ill children who will die in terrible torment. This is not politics or religion, it is a crime against humanity.’

On Tuesday in the Sejm security staff had to form a cordon between protesting Lewica female lawmakers in the well of the house and the seats occupied by PiS lawmakers. The response in the streets, despite new Coronavirus-related restrictions which came into effect last Saturday and limit public gatherings to no more than five people, was immediate, with daily demonstrations in major cities and many smaller towns throughout Poland, primarily though not exclusively by women. There have also been protests outside Polish embassies abroad, including in Dublin.

Some of the protests in Poland though have turned ugly with attacks on churches including the defacing of church buildings with spray paint and the interruption of religious services. This in turn led to other groups staging protests in defence of the churches with resultant clashes involving the police taking place in some instances. The political response has been complicated by the Coronavirus situation with government figures using that issue to condemn the street protests saying they post a risk to public health.

PiS Chairman, Jarosław Kaczyński, now of course back in government for the first time since 2007 as a Deputy Prime Minister, said on Tuesday in a special message that churches must be protected at all costs and called on PiS members and supporters to do so. He claimed the protestors were trying to ‘destroy Poland’ and Polish culture. Kaczyński warned that those taking part in the demonstrations during Covid-19 were ‘bringing about a general danger, and thus committing a serious crime’. He claimed that the demonstrations ‘will certainly cost the lives of many people.’

Opinions polls in Poland generally show that around 45-50% of people want to see the existing relatively stringent abortion regime retained, with 30-40% wanting to see it liberalised and 10-15% wanting to see a further tightening. It’s been estimated that while just over 1,000 legal abortions take place in Poland each year anything from 80-150k illegal abortions may take place annually with Polish women also traveling to neighbouring countries such as Germany and Slovakia for terminations.

In an earlier interview with Gazeta Polska Kaczynski had addressed a wide range of current political issues saying that he was opposed to a full lockdown and a balance needed to be struck between protecting public health and enabling people to work. He also defended the controversial animal welfare bill, which has now been passed by the Senate but with amendments which mean it’ll need to go back to the Sejm, saying it’s guided by a basic human and Christian desire to avoid the unnecessary suffering of animals. On the future of the Zjednoczona Prawica he said he’s optimistic about its survival but couldn’t say with 100% certainty that the alliance would continue until 2023 when new elections are due. Referring to proposals to make EU funds conditional on various so-called ‘rule of law’ criteria, Kaczyński said that ‘Poles, in deciding to join the EU, did not agree to be anyone’s colony’.

Meanwhile, on Tuesday night the Sejm rejected an opposition no-confidence motion brought against Justice Minister and Prosecutor-General, Zbigniew Ziobro, by 232 votes to 217. Ziobro, whose also the leader of PiS’s coalition ally Solidarna Polska, was of course, at the centre of the recent crisis within the ruling bloc. During the debate the opposition sharply criticised the judicial reforms he’s spearheaded and alleged political interference in the prosecution process. The government side argued he was leading ‘a fight against racketeering’ and reforming a flawed judicial system.

The Coronavirus numbers in Poland, like in many other European countries, continue to see a rise in reported daily cases. Over the past week one record high daily figure has often followed another. Today, a record 18,820 new cases with a record 236 new deaths attributed to the virus were reported. The Health ministry said that 207 of the people who died had pre-existing medical conditions. On Tuesday 16,300 new cases were reported with 132 deaths. As of Wednesday the total number of Covid-19 cases reported in Poland stood at 299,049 with 4,851 deaths being attributed to the virus, albeit with the vast majority of those suffering from serious underlying conditions.

Several more prominent public figures, including last Saturday President Andrzej Duda, have reported contracting the virus albeit many have no symptoms. Duda said he’s feeling well and posted a video message online to that effect. It’s though he may have contracted it from a member of his security detail. New restrictions came into force last Saturday including the ban on public gatherings of more than five people, except for work or family purposes – albeit there have been mass public protests over the abortion ruling since. Restaurants, cafes and pubs are only allowed to provide take-away and delivery services.

Another cabinet member is seeking to exit his government role for an international one following the failed bid of Finance Minister, Tadeusz Kościński, to become President of the European Bank for Reconstruction and Development (EBRD) earlier this month. On Tuesday, the state news agency PAP reported that Climate and Environment Minister, Michał Kurtyka, is seeking to become Secretary-General of the Organisation for Economic Cooperation and Development (OECD). The new OECD chief is expected to be elected by next March.

The week ahead will be an interesting one for Poland with the presidential vote in the U.S.. The role in that vote of the millions of American voters of Polish ancestry will be significant, with the outcome potentially raising questions for the currently very close relationship between the two countries. The PiS government has very closely allied itself with the Trump administration – a stance which, from their standpoint, has brought benefits including visa free travel, additional U.S. troops in Poland and just this month a civilian nuclear energy cooperation agreement. This has been at a time of much cooler relations with some European countries and especially with the European Union institutions, plus especially of course with Russia.

We’ll update you on all of that next week.