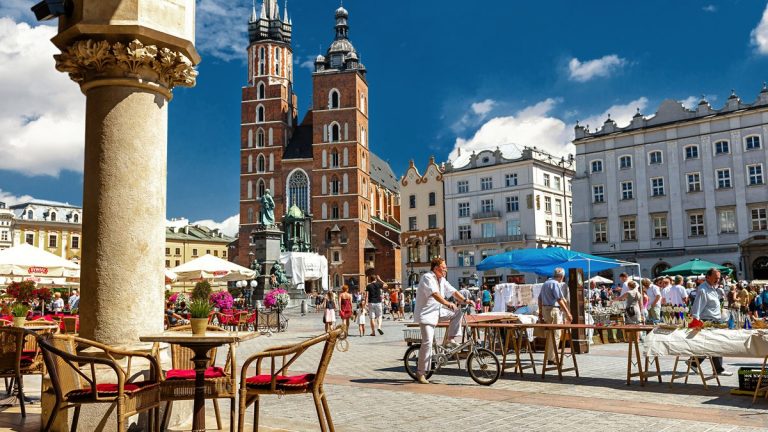 It’s been an intriguing week in Polish politics with the prospect of the collapse of the government averted with a deal which sees the return to government, this time as a Deputy Prime Minister, of Jarosław Kaczyński, and also of Jarosław Gowin, a development which caused other difficulties for Porozumienie, triggering the departure of Jadwiga Emilewicz.

The crisis within the ranks of the Zjednoczona Prawica or United Right coalition ended at midday on Saturday when the three party leaders, Jarosław Kaczyński, Jarosław Gowin and Zbigniew Ziobro signed a new coalition agreement at the Prawo i Sprawiedliwość headquarters on Nowogrodska Street in Warszawa, in the presence of Prime Minister Mateusz Morawiecki. Each of the leaders declared themselves satisfied with the agreement which followed several meetings between Kaczyński and Solidarna Polska leader Zbigniew Ziobro. The crisis had hinged on the future in the government of Solidarna Polska, following policy disagreements over a range of issues culminating in their vote against the animal welfare bill.

Details of the agreement were not disclosed and the leaders took no questions from the media. However, multiple sources reported on Saturday and indeed earlier that in the cabinet reshuffle to follow, Jarosław Kaczyński would join the Mateusz Morawiecki cabinet as a Deputy Prime Minister with oversight of the Justice, Interior and Administration, and National Defence ministries. This could be seen as a way of reigning in Zbigniew Ziobro, who had demanded tougher policy positions on a range of issues, or equally as Kaczyński forming a buffer between Ziobro, whose to remain as Justice Minister and Prosecutor General, and Prime Minister Morawiecki.

On Monday evening there was a marathon four hour meeting of the Prawo i Sprawiedliwość leadership to discuss the government reconstruction. Prime Minister Morawiecki unveiled his new cabinet at a news conference on Wednesday afternoon, including Jarosław Kaczyński as a Deputy Prime Minister and head of the state security committee. Morawiecki said that ‘the new structure of the government is to facilitate better decision-making’. The number of ministries has been reduced from 20 to 14 with the separate ministries for Digital Affairs, Sports and Maritime Economy and Inland Navigation among those to disappear. Morawiecki said that an additional minister without portfolio post would be allocated to Solidarna Polska. The formal appointments will be made by President Duda next week. Grzegorz Puda is to be the new Agriculture and Forestry Minister, replacing Jan Krzysztof Ardanowski who voted against the animal welfare bill, with Przemysław Czarnek becoming Minister of Education and Science. In addition to returning as a Deputy Prime Minister, Jarosław Gowin becomes Minister of Development, Labour and Technology.

The Porozumienie leader’s decision to re-enter the government from which he resigned in April in the dispute over the holding of the presidential election, meant there was no role for the woman who replaced him as a Deputy Prime Minister, while also continuing to serve as Minister of Development, Jadwiga Emilewicz. She announced on Saturday that she was leaving Porozumienie, and would sit in the Sejm as an independent member of the Zjednoczona Prawica.

Emilewicz said that in the ‘very serious crises of recent months’ she’d found herself ‘on the opposite sides of the dispute’ to Gowin on various political questions. She said that the new coalition agreement and Gowin’s decision to return to the government meaning there was no place for her, was not the only reason she decided to leave Porozumienie, saying ‘it is a very difficult decision for me, because it was Jarosław Gowin who introduced me to politics, and we have founded and created the party together for years. However, among all the available options, this one seems to be the most honest’, she told the Polish Press Agency PAP. A spokesperson for the party said the departure was her personal decision and that her behaviour in various situations had indicated a gradual movement away from the policies of the party. Her departure will reduce Porozumienie to 17 seats in the Sejm. The party also holds two Senate seats.

On Sunday in a rare public letter, the ambassadors to Poland of 50 states, including the country’s EU partners, among them Ireland, as well as other countries including the U.S. and the U.K. defended the position of LGBTI rights in Poland, saying they supported efforts ‘to raise public awareness of issues affecting the lesbian, gay, bisexual, transgender and intersex (LGBTI) community and other communities in Poland facing similar challenges’. The U.S. Ambassador to Poland, Georgette Mosbacher, tweeted the letter and wrote ‘Human Rights are not an ideology – they are universal. 50 Ambassadors and Representatives agree.’ Polish Prime Minister Morawiecki responded at a news conference saying ‘To the dear ambassadors, I can only say that tolerance belongs to the Polish DNA. Nobody needs to teach us tolerance, because we are a nation that has learned such tolerance for centuries and we have given many testimonies to the history of such tolerance.’

Commenting the Deputy Justice Minister, Sebastian Kaleta, from Solidarna Polska said that ‘The western world has become submerged by leftist ideology, but this does not give it the right to demand that sovereign countries such as Poland’ should follow suit, adding that ‘Minorities in Poland have always been respected, which was not always the case in the West’. On Monday the Deputy Foreign Minister, Paweł Jabłoński, said that discrimination is banned under the Polish constitution and that this principle is ‘fully respected’.

Poland, which along with many other countries is experiencing an upsurge in reported Covid-19 cases, this week tightened restrictions in some areas of the country. The increase has meant that Poland didn’t long remain on Ireland’s so-called ‘Green’ list of countries to which people can travel without being advised to restrict their movements for two weeks upon their return. As of Sunday night four of the seven countries on the list, Germany, Iceland, Lithuania and Poland, were removed leaving just three of the original seven, Cyprus, Finland and Latvia, remaining, with Liechtenstein being added. The changes were criticised by members of the Polish community in Ireland with Krzysztof Kiedrowski of the Irish Polish Society saying that people had been forced to change or cancel travel plans as they couldn’t afford from a work perspective to restrict their movements for fourteen days upon their return. He said the situation was difficult for those with families and elderly parents in Poland. As of Wednesday the number of reported Covid-19 cases in Poland stood at 91,514 with 2,513 deaths being attributed to the virus, the vast majority of whom had re-existing conditions.

Last Saturday a concert in support of the Belarussian opposition entitled ‘Solidarity with Belarus’ took place at the National Stadium in Warszawa. Well-known Polish artists took part in the concert which was attended by Prime Minister Mateusz Morawiecki , who said that ’40 years ago Solidarity was born in Poland, and then Poles had the courage to say no to those who violated human and rights, and trampled freedom. Today, the Belarusian people are fighting for their freedom, and we want to stand by their side while they go down this rough road.’ Paweł Lutuszka, a member of the Belarusian opposition Coordination Council, also spoke at the concert and said that he ‘would like to thank the Polish government and society for their support and solidarity with the Belarusian people in these difficult times.’

The Visegrad Group countries including Poland have expressed opposition to the European Commission’s new migration plan which was unveiled last Wednesday and is designed to overhaul migration and asylum rules. While it would remove the previous requirement, which Poland rejected, for all member states to accept a share of migrants, it would still legally oblige member states to contribute in other ways if they were not prepared to accept refugees. Speaking following a meeting with Commission President, Ursula von der Leyen, Prime Minister Mateusz Morawiecki said that the EU’s objective should be to ‘enforce the most strict and effective border checks’.

On Tuesday it was reported that investigators dealing with the Sławomir Nowak corruption case have arrested three more suspects as part of their enquiry. The state news agency PAP quoted prosecutors in Warszawa as saying that those held included ‘a former CEO of a Polish fuel and energy corporation’ and ‘a former management board member for energy companies’.

Last Friday the Polish government signed an agreement with trade unions to end underground protests in coal mines belonging to the Polska Grupa Górnicza group, which is Poland’s largest coal producer. The deal will see the phased closure of hard coal mines in Poland by 2049. The head of the government delegation to the talks, Artur Soboń, said that the agreement would lead to ‘a just transformation of the Polish mining and energy sector’. Dominik Kolorz, from the Solidarity trade union, welcomed the agreement to end the week long protests, although he said that in reality it would mean the end of the mining industry in the long term.

We’ll finish on a lighter note – The Times of London newspaper has reported that a real British secret agent named James Albert Bond was sent to spy on communist Poland in the 1960s, citing the archives of Poland’s Institute of National Remembrance. He left Poland in January 1965 after less than a year working at the British embassy, with The Times not unreasonably noting that the arrival of a diplomat with such a name probably automatically aroused suspicion.