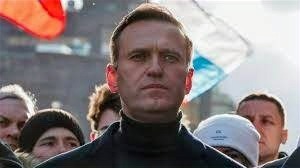 The ongoing political crisis in Poland’s eastern neighbour, Belarus, and the related subject of the further deterioration in relations between Russia and Poland over a range of issues are our primary themes this week.

Our main news stories include

• There’s renewed focus on appointments to positions in state-owned companies following the resignation of two controversial appointees, and

• Olga Tokarczuk’s ‘Drive Your Plow Over the Bones of the Dead’ is shortlisted for International Dublin Literary Award 2020.

The role of Poland, as well as that of another of Belarus’s neighbours, Lithuania has increasing become centre stage in the crisis arising from that country’s disputed presidential election on August 9th. Both countries have extended strong support to the democratic opposition to the regime of President Alexander Lukashenko, which has in turn blamed Belarus’s western neighbours for inciting the unrest, and in the case of Poland accused it of having designs on Belarussian territory.

Speaking on Monday, Deputy Prime Minister, Piotr Gliński called for an end to the use of force against protestors in Belarus saying ‘We demand that the Belarusian regime steps back from physical violence above all. It’s not possible in the 21st century, in a civilized world, for people to be beaten in the streets. We will never give up on this.’ He added that ‘We expect, of course, a process of democratization.’

On Wednesday Prime Minister Mateusz Morawiecki met the main Belarussian opposition leader, Sviatlana Tsikhanouskaya at his office in Warszawa. Afterwards he expressed support for those fighting for a democratic, free and sovereign Belarus telling reporters that ‘Poland is an open home for all Belarusians who need help. As part of our Solidarity with Belarus programme we are helping those who have been repressed.’ He said that Poland is ‘trying to support Belarusian groups which carry a song of freedom to Belarus’.

After their bilateral meeting Morawiecki and Tsikhanouskaya met with members of the Belarusian community in Poland. Morawiecki said that Poland has offered medical help to protestors injured in clashes with regime forces in Belarus and that many are already being treated for their injuries in Poland. Tsikhanouskaya claimed that Lukashenko is no longer a legitimate leader for the people of Belarus saying ‘For us, Lukashenko no longer has legitimacy; we cannot accept him as a leader; we are not willing to entrust our country to him.’

A similar comment was made earlier in the week by Polish Foreign minister, Zbigniew Rau, who said that ‘There is no longer any legitimization of authorities which are in power only because they can physically rule.’ In an interview with Gazeta Polska Codziennie he said the Russia wants to retain its sphere of influence in Belarus while at the same time improving its relations with the West, something he described as a ‘paradox’.

The trip to Poland is Tsikhanouskaya’s first visit abroad since fleeing Belarus for Lithuania following the crackdown on opposition protests. She said that ‘I thank Poland for welcoming me and all the people who have been forced to leave Belarus.’ This week has seen a considerable escalation of tensions in Belarus with the abduction and reported attempted deportation from the country of another prominent opposition leader, Maria Kolesnikova.

The crisis in Belarus hasn’t been the only recent development which has further strained Poland’s relations with Russia. Last week Prime Minister Morawiecki called Russia a ‘hostile regime’ saying in a Twitter post ‘Georgia 2008. Crimea & Donbas since 2014. MH17. Salisbury 2018. Berlin 2019. Navalny 2020. How many wake-up calls do we need to finally realise that we are dealing with a hostile regime? Dialogue, partnership, compromise – these are alien words to them. Time to draw conclusions.’

Speaking with Bloomberg Television Prime Minister Morawiecki said that Poland is trying to increase pressure on Germany to abandon the controversial Nord Stream 2 natural gas pipeline project following the report from German doctors that leading Russian opposition politician, Alexei Navalny, was poisoned with the so-called ‘novichok’ nerve agent. He said that ‘With the recent developments in Belarus, where Mr. Putin is clearly threatening… intervention, and what he did with Mr. Navalny, this should be a final wake up call for Germany.’ adding that ‘there should be very strong sanctions’ against Russia.

On Monday a spokesperson for Chancellor Angela Merkel said that Germany doesn’t rule out imposing sanctions on the Nord Stream 2 project. However, we probably shouldn’t hold our breath for such sanctions. German Foreign minister, Heiko Mass, pointed to the economic consequences of sanctioning the project saying ‘I hope the Russians won’t force us to change our position regarding Nord Stream 2. Whoever demands this has to be aware of the consequences. The Nord Stream 2 project includes more than 100 companies from 12 European countries, with around half of them from Germany.’

Poland has long opposed Nord Stream 2 on the basis it will increase Europe’s dependence on Russian gas thereby jeopardising the continent’s energy security. The 1,200 kilometre long pipeline will have the capacity to supply around 55 billion cubic metres of Russian natural gas a year to Germany doubling the existing capacity while bypassing the Baltic States, Ukraine and Poland.

Allegations of nepotism and cronyism in the making of appointments to senior – and financially lucrative – positions in state-owned enterprises and other public bodies have once again hit the headlines in Poland. Such appointments, allegedly more about who the person knew than what they knew, have been a source of controversy under many recent Polish governments, not just the present one. Recently three appointments in particular have faced criticism including that of the uncle of President Andrzej Duda to the supervisory board of PKP Cargo, the state-owned rail freight company. He remains in place, but two others have left their positions. Łukasz Zbonikowski, a controversial former Prawo i Sprawiedwość Sejm member who had been suspended from the party, was fired from his role as head of a state-owned defence contractor while the wife of a deputy minister resigned from the board of the Industrial Development Agency Foundation, just a week after being appointed. Commenting on Tuesday, government spokesperson, Piotr Müller, said that ‘Changes and corrections have already taken place, because we believe that such decisions should not be made. When we see such errors, we correct them.’

A major Warszawa traffic artery was temporarily blocked on Monday by environmental protestors from the ‘Extinction Rebellion’ group. Police removed them when they refused to move on from their positions on Świętokrzyska’ street. They were calling for the declaration of a state of ‘climate emergency’.

Poland’s ruling Prawo i Sprawiedliwość party has proposed new animal welfare legislation which will among other items ban the breeding of animals for fur and the use of animals for entertainment purposes. It follows the recent online publication of undercover filing on a Polish fur farm featuring alleged animal rights abuses. Prawo i Sprawiedliwość chairman, Jarosław Kaczyński, is known as a strong proponent of animal rights, having previously tried and failed to ban fur farming. This time he said he was ‘counting on cross-party support’ to tighten animal welfare protections saying ‘This is a humanitarian not a political issue’ and the proposed law ‘will surely be supported by all good people in Poland’.

Last Friday the British historian, Roger Moorhouse, received Poland’s Knight’s Cross of the Order of Merit award at the embassy in London in recognition of his book ‘First to Fight: The Polish War 1939’ which was published in the United Kingdom last year and is the first major English language work on Poland’s resistance to the Nazi invasion in 1939 in almost half a century. The Polish Ambassador to the United Kingdom, Arkady Rzegocki, was in attendance.

On Tuesday a historical conference, organised by the Institute of National Remembrance, took place in Warszawa in tribute to Poland’s legendary Second World War hero, General Władysław Anders, to mark 50 years since his death in exile in London in 1970. Among the attendees were his daughter, Anna Maria Anders, whose Poland’s current Ambassador to Italy and Foreign minister, Zbigniew Rau.

The 2009 novel ‘Drive Your Plow Over the Bones of the Dead’ or ‘Prowadź swój pług przez kości umarłych’ in its original Polish, by Poland’s Nobel laureate for Literature, Olga Tokarczuk, is one of the ten nominees shortlisted for the International Dublin Literary Award 2020. The book was translated into English by Antonia Lloyd-Jones. The winner will be announced on October 22nd.