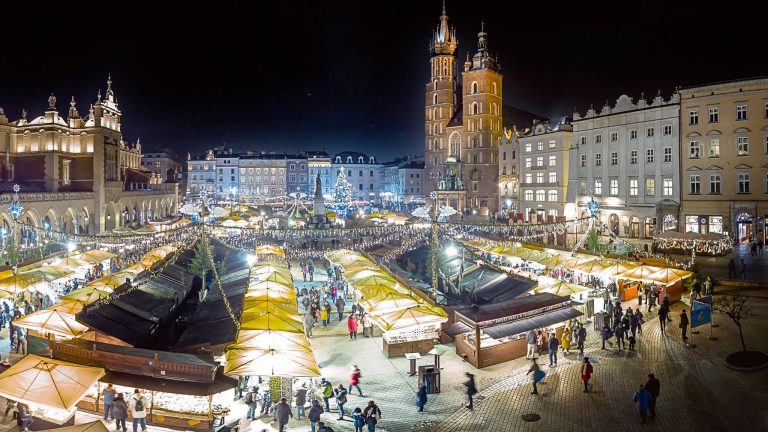 A lot has happened since our last news update two weeks ago including, as we’d anticipated, a resolution of the budget standoff between Poland and the EU over the so-called ‘rule of law’ mechanism on the basis of new assurances as to the scope of its application.

Poland’s main news stories since our last update have included:

· President Duda extends congratulations to Joe Biden on his formal election as U.S. President by the Electoral College.

The high profile dispute between Poland and the European Commission as well as the German Presidency of the European Council is over with the removal of the threat of a veto by Poland, and also Hungary, of the six year 2021 – to 2027 budget as well as the EU’s Coronavirus economic rescue package. Last Thursday a compromise was reached whereby Poland and Hungary withdrew their veto threat, while the EU provided political assurances that the new ‘rule of law’ mechanism to which both Warszawa and Budapest had strenuously objected is only applicable in cases where the breakdown in the rule of law poses a threat to the proper use of EU funds, and that a finding that a country had violated the rule of law would not by itself trigger a cut in EU funding. Nevertheless, despite the political assurances the Polish and Hungarian Prime Ministers said they remain opposed to the new conditionality mechanism and will take a case to the European Court of Justice over it.

Prime Minister Mateusz Morawiecki claimed the outcome represented a ‘double victory’ for Poland in that it enabled passage of the budget to go-ahead from which the country will be a major beneficiary, and also removed the threat of the so-called ‘rule of law’ mechanism being used in an arbitrary way against Poland. He said that ‘The agreement we have negotiated is a double victory. Firstly, the EU budget can enter into force and Poland will receive 770 billion złoty from it. Secondly, this money is secure, because the conditionality mechanism has been limited by very precise criteria. Today’s conclusions block the possibility of changes to these rules in the future directed against Poland.’ He added that ‘These are funds that can be put to good use for development, for emerging from the crisis’.

However, some of his political allies, or maybe rivals, at home were not so sure. Justice Minister and Solidarna Polska leader, Zbigniew Ziobro, criticised the outcome of the summit in a statement saying the government had made a ‘mistake’ in dropping the veto. Ziobro claimed that the concessions made to Poland and Hungary at the European Council meeting are not legally binding and that the Commission would now be able to make ‘arbitrary, political and ideological’ decisions on the allocation of EU funds.

A deputy Foreign Minister, Paweł Jabłoński, replied that ‘If we were able to agree with our opponents in other EU countries, we should all the more be able to agree with our own coalition partners’. Ziobro’s comments rekindled speculation about the future of the Zjednoczona Prawica which had been temporarily put to rest by the September government reshuffle. Some commentators believe the Ziobro may have overplayed his hand and that ruling party leader and Deputy Prime Minister, Jarosław Kaczyński, is firmly behind the Brussels agreement.

The EU summit also agreed tougher targets for curbing greenhouse gas emissions, under which Morawiecki said Poland will obtain additional funds for the transformation of its energy sector. Poland as well as other central and east European states had initially opposed the plan but agreed to compromise in exchange for additional funds.

A Polish Christmas Market scene from a happier and more enjoyable year than 2020. “Jarmark Bożonarodzeniowy / Christmas market” by Ministry of Foreign Affairs of the Republic of Pol is licensed under CC BY-ND 2.0

The Polish government has announced that it plans to acquire over 60 million doses of Covid–19 vaccines from six producers at a cost of 3 billion złoty for a rollout commencing in January. On Tuesday Prime Minister Mateusz Morawiecki outlined the government’s national Covid-19 vaccination strategy at a press conference saying that vaccination would be both voluntary and free, saying that ‘It must certainly be our national goal to vaccinate as many people as possible.’

The number of new daily Covid-19 cases reported in Poland as well as the number of deaths at least partially attributed to the virus has continued to remain well below the peaks seen in November. As of Wednesday the total number of reported Covid-19 cases in Poland stood at 1.16m with 23,914 deaths. 12,454 new infections and 605 new deaths were reported on the day.

During his remarks on the vaccination strategy Morawiecki said that ‘They say that the night is darkest before dawn, and indeed today, knowing that the vaccine is within reach, we must bear in mind that the virus is attacking, it is very dangerous.’ Health minister, Adam Niedzielski, said that the first group to be vaccinated would be health care staff, followed by residents in care homes, those aged over 60 with the oldest vaccinated first, police, soldiers and teachers.

It certainly wasn’t the result that he or the Prawo i Sprawiedliwość government would have hoped for given the very close collaboration between Poland and the U.S. under the Trump administration, but following his formal election as the 46th President of the United States by the Electoral College on Monday, Andrzej Duda on Tuesday extended warm congratulations to Joe Biden. In his remarks the Polish head of state emphasised the common values which the U.S. and Poland share and extended an invitation for Biden to visit Poland during his presidency. In a letter posted on the Polish President’s website Duda said that ‘We share ideals and values, the core of which are undoubtedly liberty, justice, democracy and the principal role of international law. On these we have built strong foundations of our bilateral cooperation – in fact the strongest and more profitable to our countries than ever before in history.’ Duda added that ‘My hope is that this fruitful cooperation will continue under your leadership.’

Poland has been marking two very significant anniversaries in the history of its struggle against communist dictatorship. Last Sunday December 13th marked the 39th anniversary of the declaration of martial law in 1981. During a ceremony on Sunday a new memorial plaque was unveiled at the Muzeum Żołnierzy Wyklętych i Więźniów Politycznych PRL (or Museum of Cursed Soldiers and Political Prisoners of the Polish People’s Republic) in Warszawa in honour of those who fought against the communist regime between 1980 and 1989. Deputy Prime Minister and Culture and National Heritage Minister, Piotr Gliński, said at the event that ‘we cannot allow ourselves to be persuaded that martyrdom is something wrong’ as it’s an element of Polish history and identity.

Events have also been held to mark the 50th anniversary of the brutal suppression of workers’ protests on the Baltic Sea coast in 1970. Today, December 17th, is the exact anniversary of the worst day of the killings, dubbed ‘Black Thursday’. The Institute of National Remembrance is staging an outdoor exhibition in the northern port city of Gdynia, and on Monday posted an archive video about the events in which troops and police opened fire on workers protesting against price increases. At least 45 people were killed and more than 1,100 injured.

Meanwhile it’s been reported that Poland’s Prosecutor-General, Zbigniew Ziobro, who of course also serves as Justice Minister, has asked the Constitutional Tribunal to outlaw the present-day Communist Party on the basis that it doesn’t meet the democratic standards required of a political party by the Polish constitution.

In a story which may be familiar in Ireland with the many disputes over the years between large supermarket chains and their suppliers, on Monday Poland’s Office of Competition and Consumer Protection said it had fined the owner of the huge grocery chain Biedronka 723m zloty or €163m for what it termed ‘absolutely unacceptable’ business practices. The head of the consumer protection body, Tomasz Chróstny said that ‘Jeronimo Martins Polska used an unfair mechanism of arbitrarily reducing the remuneration of contractors for deliveries already made.’ He added that ‘Importantly, additional discounts obtained from food suppliers did not translate into lower product prices for customers of the Biedronka chain. This is an absolutely unacceptable use of market power.’ He said that such actions ‘destroy the foundations of fair competition.’

Finally, on a different note a new drama entitled ‘Far Away from Here’ written by Piotr Domalewski, and which is a Polish – Irish co-production, was shown at the Gdynia Polish Film Festival, which took place online this year from December 8th to 12th. The film was shot in 2019 with a budget of 5.5m złoty and opened in Polish cinemas on September 25th. It follows the story of a 17 year old Polish girl Ola who travels to Ireland to bring home the remains of her late father who has died in an accident on a building site and looks at her relationship with him.