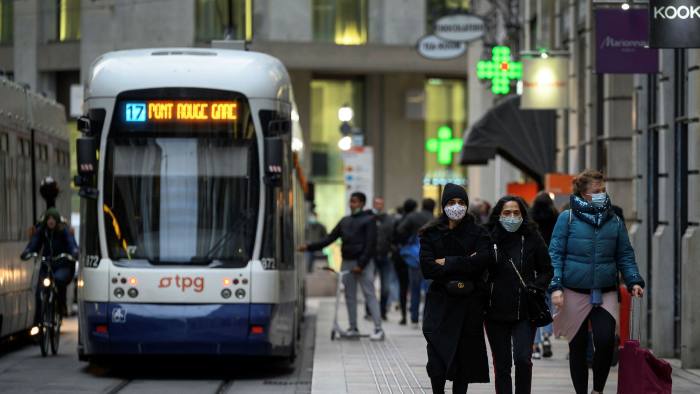 Following the article from the Financial Times:

“Swiss campaigners have triggered a referendum to strip the government of new legal powers to impose lockdowns and curtail public life as the country battles the pandemic. Campaign group Friends of the Constitution on Wednesday handed in a petition of 86,000 signatures collected over the past three months — well in excess of the 50,000 required — to formally initiate a nationwide vote to repeal the 2020 Covid-19 Act under Switzerland’s highly devolved democratic system. The outcome will be legally binding, with a vote scheduled for as early as June. While the pandemic has exposed social and political fractures across Europe over the rights of citizens, in Switzerland — where individuals’ rights are often treated as culturally sacrosanct and government powers are sharply proscribed by law — the strains have become particularly evident. “In our opinion, the [government] is taking advantage of the pandemic to introduce more control and less democracy,” Christoph Pfluger, a board member of Friends of the Constitution, told the Financial Times. He added: “The long-term problems that will arise from this kind of approach will be grave. We are a movement that says crisis management cannot be done without the will of the sovereign — the people. You cannot govern without the people.” Mr Pfluger said Switzerland would be the first and perhaps the only country to give its citizens a direct vote on coronavirus restrictions.

Until late December, Bern’s governing Federal Council had been reluctant to impose restrictions during the second wave of the pandemic. Staunch opposition from many Swiss to further curbs and dire warnings from several of the country’s most powerful and influential lobbying groups about the economic consequences of another shutdown forestalled action in the run-up to Christmas, even as case numbers rocketed. A poll conducted by Switzerland’s Sotomo Research Institute for state broadcaster SRF in November found that 55 per cent of Swiss were concerned about their individual freedoms being restricted by government measures. The same survey found that even an 11pm curfew for bars and restaurants was considered too restrictive by a third of Swiss respondents. Mr Pfluger said his campaign had been “astonished” by the level of support from volunteers it had gained in recent weeks and the speed with which it had been able to gather signatures. The Swiss government’s laissez-faire approach exploded into a diplomatic stand-off in early December as the country refused to force its ski resorts to close, to the anger of its Alpine neighbours. On December 18, however, Bern was forced to order a nationwide shutdown of restaurants, bars and leisure facilities that will remain in force until the end of February. On Wednesday the shutdown was extended to cover shops selling non-essential goods.

The referendum triggered on Wednesday takes aim at the legislation that underpins such curbs. The Covid-19 Act, approved by lawmakers in September, gives Swiss authorities a continuing legal basis to impose restrictions to handle the coronavirus outbreak in the country. Before the legislation, Bern only had the power to curb public life through unilateral emergency decrees under Switzerland’s Epidemics Act. Those powers were strictly time-limited and subject to onerous parliamentary oversight. Critics of the campaign to repeal the new laws note that by the time the referendum is held, not only will the pandemic likely be in remission, but many of the legal provisions granted under the Covid-19 Act will automatically have lapsed according to sunset clauses written into the legislation. The Friends of the Constitution say they are battling to ensure a precedent is not set for future emergencies. “On a purely objective level, the [Covid-19] law is not that important,” said Mr Pfluger. “But it is one part of a bigger puzzle.” According to the Swiss Federal Office of Public Health, the country recorded 3,001 new infections on Tuesday, a rate of 477 per 100,000 citizens. Numbers have been slowly but steadily falling since the new year, and are sharply down from a peak of 10,558 daily new cases recorded on November 2.”